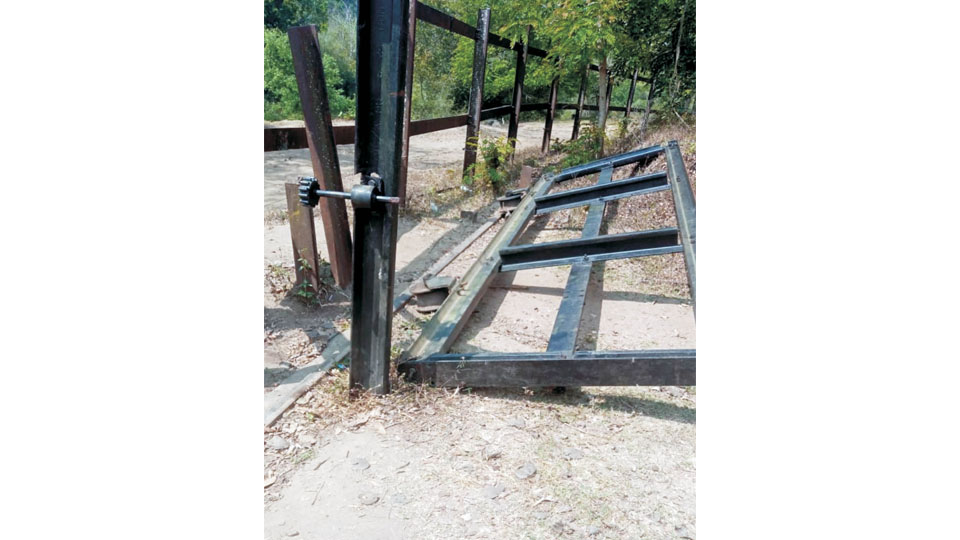 Hunsur: A forest staff was killed when a rail barricade gate fell on him at Nagarahole Reserve Forest yesterday evening.

The deceased is Mahadevappa (58), a resident of Hommaragalli village in H.D. Kote taluk, who was working as a Wildlife Keeper at Kallahalli Forest Range in Nagarahole Reserve.

Yesterday evening, Mahadevappa travelled in the Forest Department vehicle to leave workers from Kolavige Tribal Hamlet who were hired to create fire-lines.

When they reached the rail barricade gate, installed to prevent wild elephants from entering human habitat near Kolavige Camp, Mahadevappa got down from the vehicle and slid opened the rail barricade gate to allow the forest vehicle to enter into the forest. At that time the heavy gate got fully opened and fell on Mahadevappa injuring him seriously.

Though he was being rushed to the Government Hospital in Hanagod, Mahadevappa is said to have breathed his last midway.

The body was shifted to Hunsur General Hospital, where post-mortem was conducted and it was handed over to the family members. Last rites were held at Hommaragalli village.