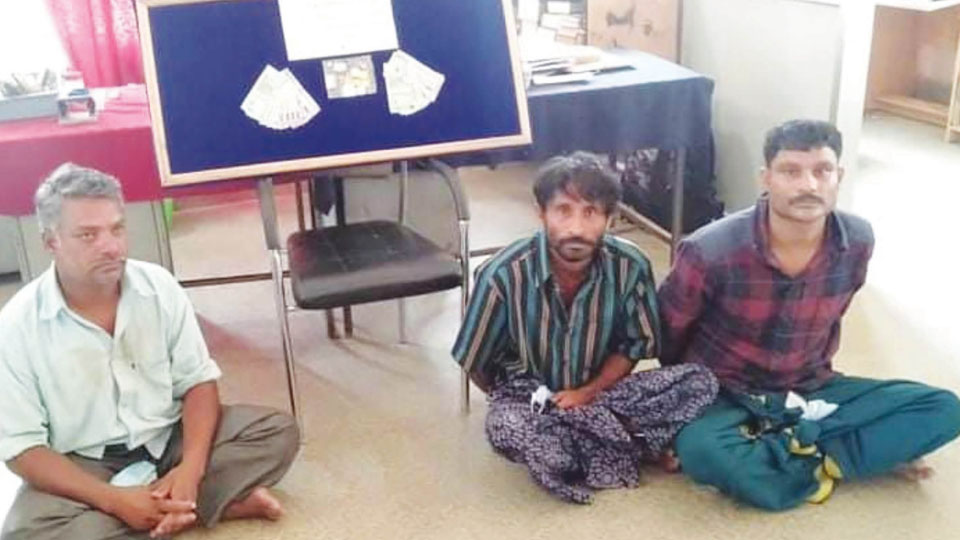 Madikeri: Gonikoppa Police have arrested three persons on charges of committing house burglary at the house of one K.S. Machaiah at Athur village in Gonikoppa Police limits and have recovered gold ornaments including three gold coins and one gold chain weighing 16 grams, 30 grams silver articles including six silver coins and Rs. 1,600 cash, all totalling Rs. 76,600 from them.

The accused are 37-year-old Anand, a native of Guddenahalli in Periyapatna, 38-year-old Kumar, a native of Putani Nagar in Madikeri and 48-year-old Gopal, a resident of Alur in Hassan.

Details: On Aug, 5, 2021 at about 9 am, Machaiah left for his coffee estate at Ammathi after locking his house and when he returned in the evening and entered the house, he found the roof tiles removed. On inspecting the house, Machaiah found Rs. 50,000 cash, gold ornaments and silver articles missing and he lodged a complaint at Gonikoppa Police Station.

The Police, who registered a case, took up the investigation and on Feb. 7 arrested the three accused at Gonikoppa Circle.