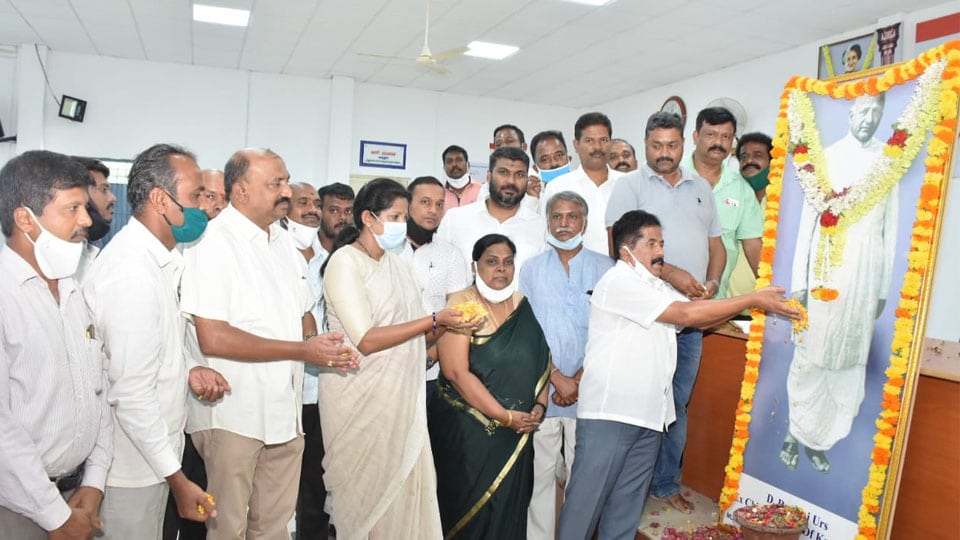 Speaking after offering floral tributes to the portrait of the late CM, former MLA M.K. Somashekar said that Devaraj Urs was the voice of the backward class and the oppressed, who fought for the eradication of poverty and bonded labour system. Urs is also remembered for the development works when in power.

Somashekar further said that the former CM was known for his administrative skills, backward classes welfare programmes, instrumental in making the ‘tiller the owner of the land’ during his tenure as Chief Minister and introducing 20- point programme in the State.

Devaraj Urs brought reservation for the Backward Classes because of his commitment to their uplift, he added.