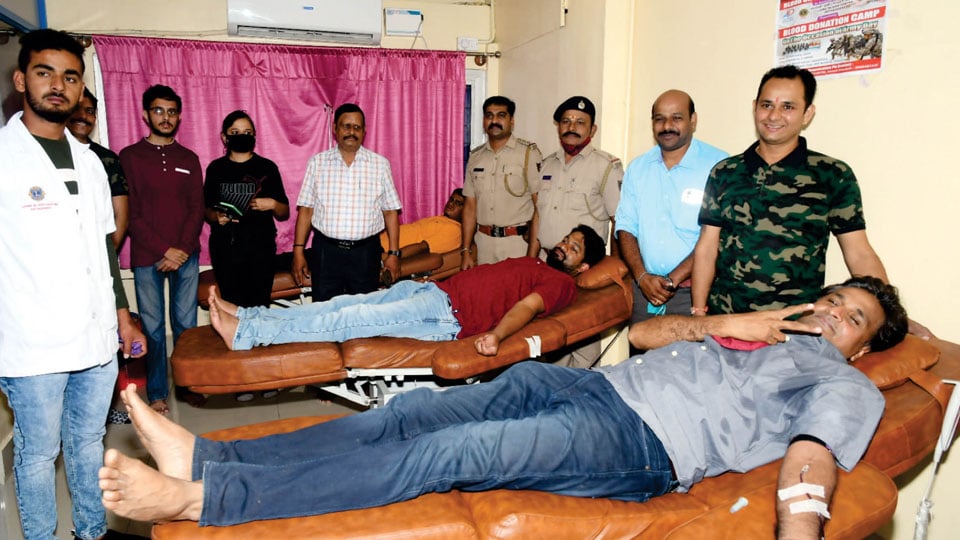 Speaking on the occasion, Srinath, who studied at Mysuru, said that he was very much aware about the importance of donating blood. Pointing out that there is no alternative or a substitute  for blood, which is vital for saving precious lives, Srinath stressed on the need for educating the children on the importance and significance of donating blood.

Underlining the importance of maintaining our health as health is the real wealth for everyone, Srinath cautioned that people would have to struggle in the later part of their life if they ignore health now. Emphasising on the need for sensitising people on the prominence of voluntary blood donation, he lauded the Jeevadhara Blood Bank for rendering yeoman service to the society by saving precious lives.

More than 100 people , of whom 90 had previously registered, donated blood on the occasion.