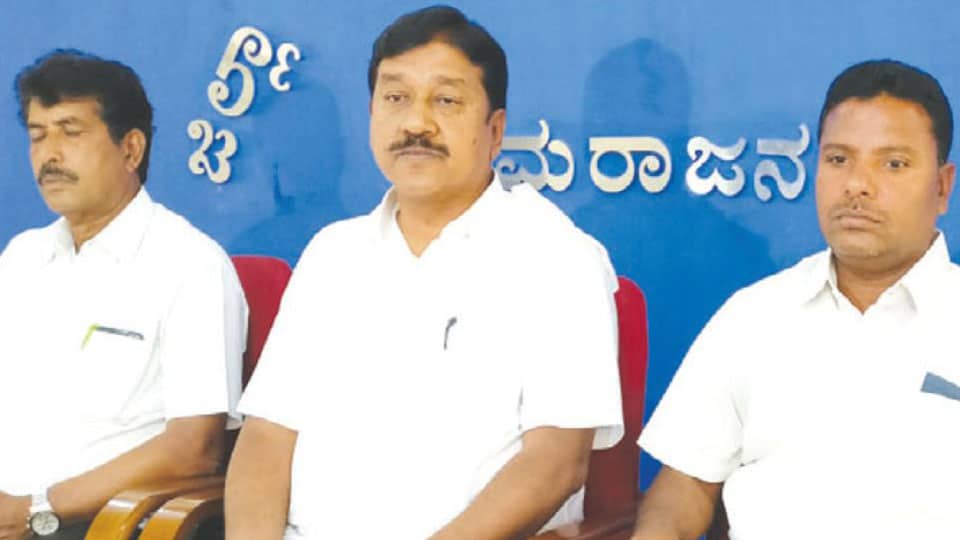 Chamarajanagar: Even as the BJP’s statewide ‘Parivartana Yatra’ is all set to enter Chamarajanagar district today, former MLA A.R. Krishnamurthy, who is the son of former Governor Late B. Rachaiah on Saturday announced his decision to quit the BJP.

Addressing a media conference, here yesterday, Krishnamurthy said the party leaders in the district have been neglecting him.

Claiming that neither the District In-charge Secretaries nor the District BJP President contacted him even when there were rumours that he would join the Congress, the former MLA said that he was not consulted at a time when the Parivartana Yatra is arriving in the district.

Expressing displeasure about his name nor his photo figuring in any of the party programmes in the district, Krishnamurthy maintained that the indifferent attitude of the party leaders towards him had hurt him.

When asked about his next move, he declined to confirm that he would join the Congress. He said that he would tour the district and seek the advise of his supporters before taking a decision on his next political move.

Sources said that Anil, along with his mother Jayamma and H.D. Kote Congress leaders met CM Siddharamaiah recently and held talks about his induction to the Congress. Anil is said to be upset with the JD(S) for not assuring him the party ticket to contest the election.

The Congress is planning to cash in on the sympathy factory by fielding Anil, the sources pointed out.