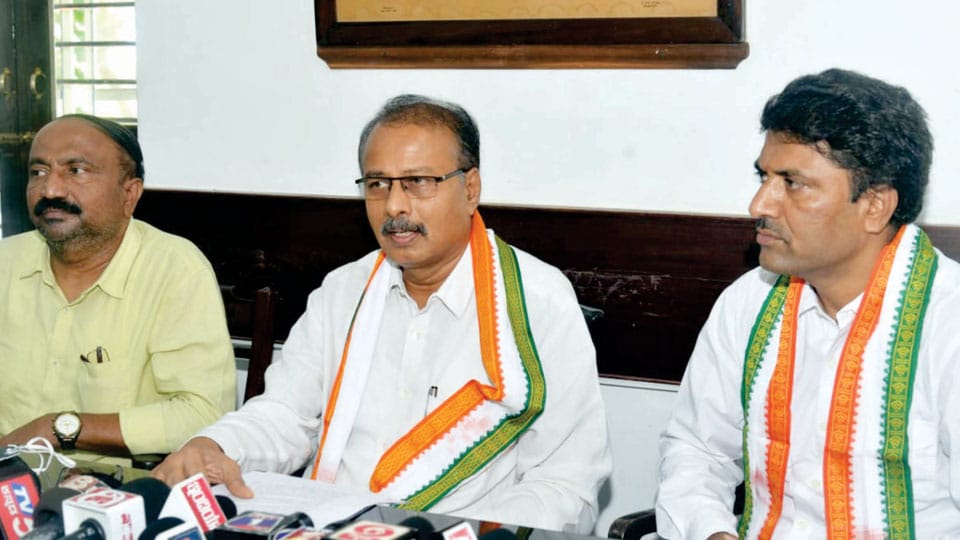 Mysore/Mysuru: Alleging that the Karnataka Government had failed to pay wages for MNREGA Scheme labourers in the State for two months, former Chamarajanagar Congress MP R. Dhruvanarayan has urged the Government to pay backlog wages to them at the earliest.

Speaking to presspersons at Jaladarshini Guest House here yesterday, Dhruvanarayan said that the State must utilise the Rs.61,500 crore funds set aside by the Union Government for MNREGA Scheme, to come to the rescue of labourers and workers who are deprived of their wages.

Maintaining that the labour class was facing untold hardship because of the COVID-19 lockdown, he said most of the working class was struggling to get food for survival in these difficult times and the Government should take serious note of this.

Asking the Karnataka Government to follow Rajasthan and Andhra Pradesh which have used the funds for sanitising villages with Sodium Hypochlorite disinfectant and also to distribute ration kits, hand sanitisers, face-masks etc. to villagers, the former MP wanted the Government to come up with an action plan for the welfare of the working class, which is reeling under job loss and loss of income.

Dhruvanarayan also urged the Centre to release money to the State Disaster Management Fund, out of the money aggregated from the two-year suspension of MPLAD Funds, with Karnataka having as many as 28 Lok Sabha MPs and many Rajya Sabha MPs.