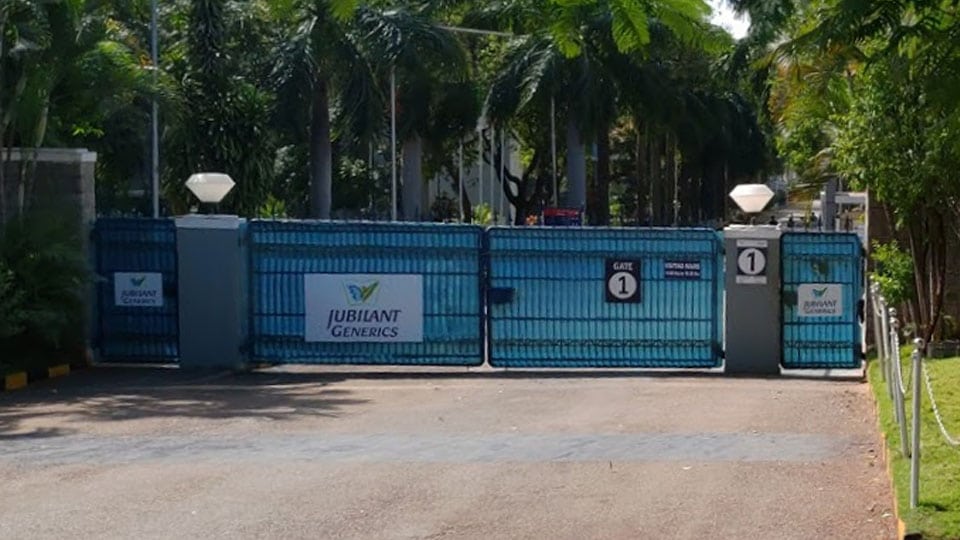 Mysore/Mysuru: Amidst spiralling cases of COVID-19 in Mysuru, here is a silver lining as the second positive patient in Mysuru (Patient 52 or P52), has been successfully treated and discharged.

He was the first employee who tested positive for COVID-19 from Jubilant Generics, a pharmaceutical firm in Nanjangud that is in the thick of a controversy, reporting maximum positive cases in Mysuru.

It may be mentioned here that even the very first positive case that was reported in Mysuru was cured recently. He had come from Dubai to Bengaluru via Goa and had voluntarily admitted to K.R. Hospital after he showed symptoms during transit.

Mysore Medical College and Research Institute (MMC&RI) Dean and Director C.P. Nanjaraj confirmed that the 35-year-old employee of the pharmaceutical firm has tested negative and was discharged as he was healthy. The youth tested positive for COVID-19 on Mar. 26, even though he didn’t have any travel history and had baffled the authorities. His was the first secondary infection case, perhaps in Karnataka.

After being discharged yesterday, the patient lauded the Government, District Administration and doctors.

In a letter to the District Administration, he said that he had fever and approached a local clinic and was admitted to a private hospital on Mar. 21. He said he was brought to K.R. Hospital and was shifted to COVID Hospital on Mar. 30 where he was treated for 14 days. He has appealed to the people to listen to the Government authorities to combat Coronavirus.

Out of the 42 persons, who have tested positive in Mysuru, 31 are related, either directly or indirectly, to Jubilant Generics.

Even P52’s three family members are infected and are under treatment at the designated COVID-19 Hospital.

Mysuru Deputy Commissioner Abhiram G. Sankar has stated that P52 has been discharged on Friday, as per the protocol.

“He was the first positive from Jubilant Generics plant. He is the second patient to be discharged in Mysuru. I thank all doctors, paramedics and supporting staff of COVID Hospital who ensured his recovery,” the DC has stated.

Mysuru-Kodagu MP Pratap Simha has come out in support of Jubilant Generics Limited, Nanjangud, where more than 20 employees have tested positive for Coronavirus and over 1,400 quarantined. The company has been shut now.

Speaking to reporters at Jaladarshini Guest House yesterday, he denied that the firm had a role in allegedly putting the campus and employees at risk when it imported raw materials consignment from China. “Who knew that virus could spread from a container,” he questioned.

“Virus spreading through the consignment that was imported from China has not been proved scientifically, yet. We are awaiting the lab reports and it is expected to come in two to three days from Pune,” he said and added that it was unfair to blame the company without any proof.

He further said that it is not easy to lodge complaint against the firm without any substantiation. “In this hour of crisis, workers’ welfare is of utmost priority.”