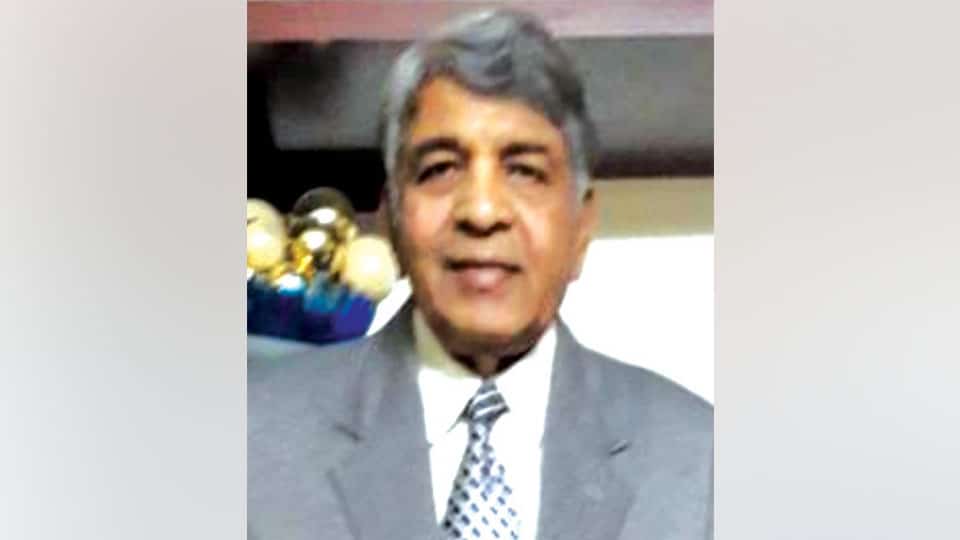 Mysore/Mysuru: Dr. M. Shanthakumar (75), retired Principal of Sri Jayachamarajendra College of Engineering (SJCE), passed away in the wee hours of yesterday in Bengaluru.

He leaves behind his wife Vasundhara S. Kumar, a writer, one son, one daughter and a host of relatives and friends. Last rites were performed in Bengaluru yesterday, according to sources.

He had published a few books on Mathematics for students.

Dr.Shanthakumar also served as a Special Officer at Visvesvaraya Technological University (VTU) besides serving as the Administrative Officer of JSS Medical College and Principal of JSS Academy of Technical Education at Mauritius.

A condolence meeting was held at SJCE yesterday morning to pay tributes to the departed soul.