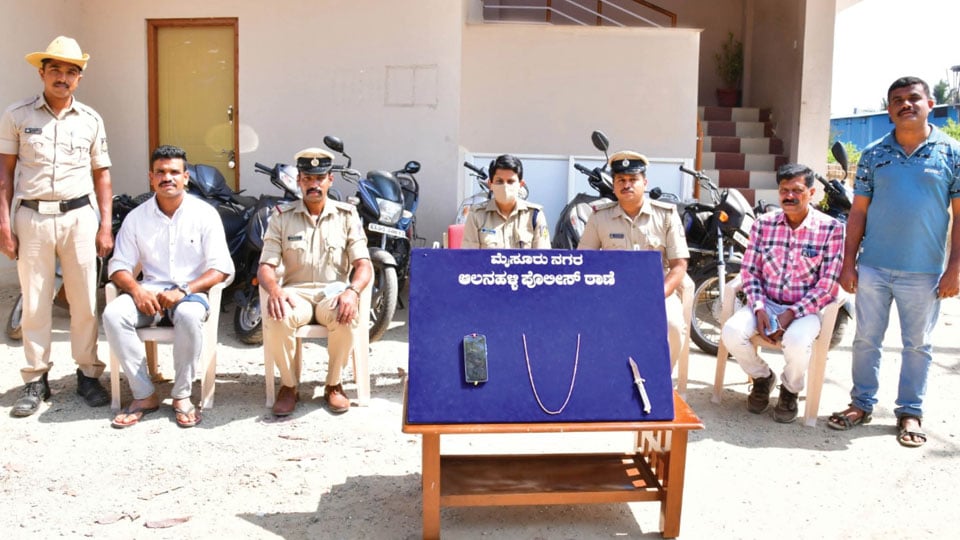 Mysore/Mysuru: Alanahalli Police, on Jan. 16 and 17, have arrested four persons on charges of extortion and lifting two-wheelers and have recovered six two-wheelers, one 30 gram gold chain, and one mobile phone, all worth Rs. 5,05,000 from them.