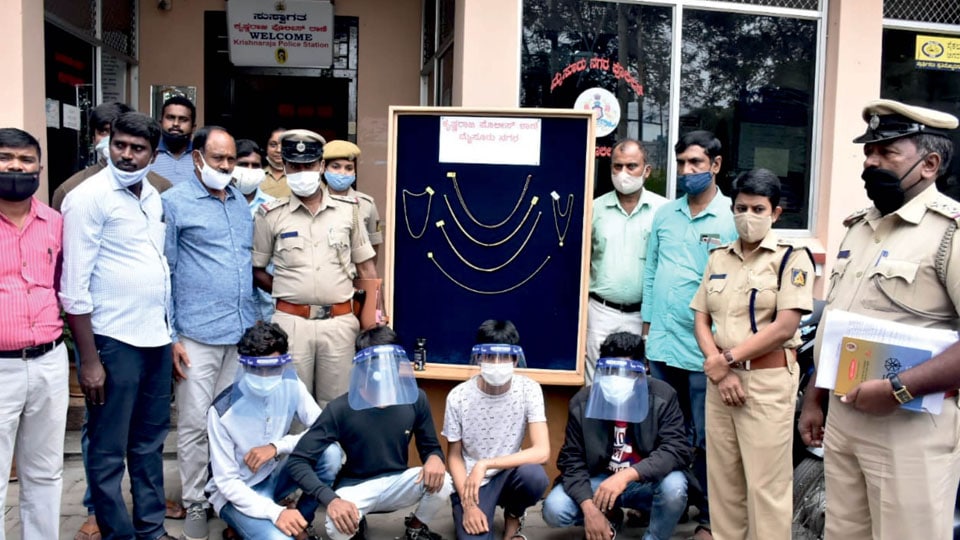 Arrested are 28-year-old Mohammed Faraz, a native of Hunsur and a residing of Mandi Mohalla, Mysuru, 24-year-old Arbaz Khan of K.G. Halli in Bengaluru, 19-year-old Zabreen Khan of Saddam Nagar in Bengaluru and 21-year-old Imran Khan of Shabeer Nagar in Hunsur.

On Sept. 21 at about 2 pm, when KR Police were on their regular beat at Chamundi Hill, saw four youths standing in a suspicious manner along with a Hero Honda Splendor bike and a Honda Dio scooter on Uttanahalli Road at about 3 pm. When the youths saw the Police vehicle approaching them, they tried to escape, but were caught by the Police personnel.

Based on the information provided by the accused, the Police have recovered seven two-wheelers and six gold chains worth Rs. 14.10 lakh from them.