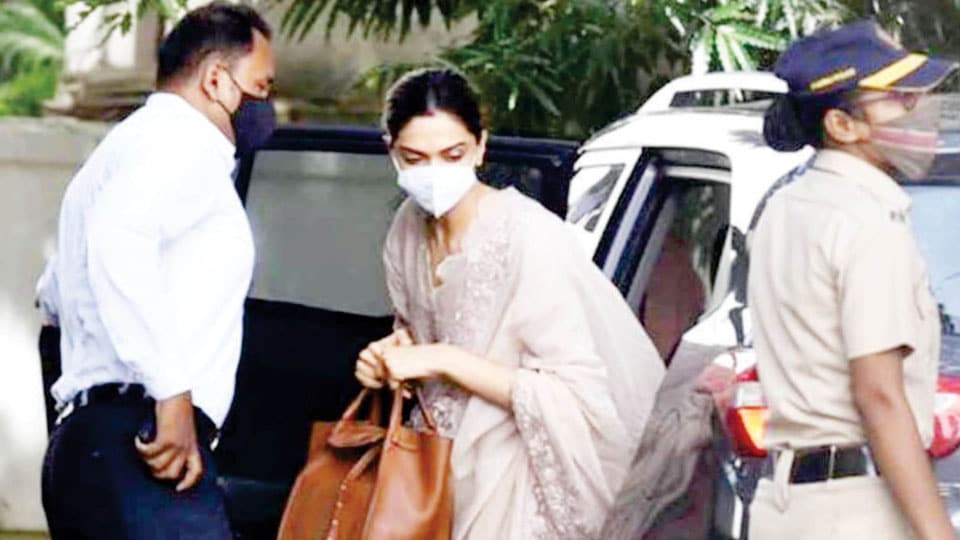 Mumbai: Bollywood actress Deepika Padukone, Shraddha Kapoor and Sara Ali Khan today appeared before the Narcotics Control Bureau (NCB) in connection with the drugs probe linked to actor Sushant Singh Rajput’s death. All the three actresses are being questioned by the NCB officials.

Deepika was seen entering the NCB guest house in Colaba around 9.50 am. Accompanied by her husband-actor Ranveer Singh, Deepika travelled back to Mumbai from Goa on a chartered flight on Thursday. She was in Goa for the shooting of her upcoming film.

Deepika is likely to be asked if she consumed drugs and from whom and where she procured them, and whether the drugs were procured for self use or for someone else.

Deepika’s Manager Karishma Prakash reached the NCB office at 11 am whereas, Shraddha Kapoor arrived at the office at 12 noon. She too has been summoned by NCB to join the investigation of a drug case.

Sara Ali Khan who made her acting debut opposite Sushant Singh Rajput in the 2018 film ‘Kedarnath,’ appeared before the NCB around 1 pm.

Sara too was in Goa, reached Mumbai with her mother, actor Amrita Singh and brother, Ibrahim Ali Khan a day ago.

In the alleged chats, Deepika was reportedly asking her Manager if she had ‘maal’ —  weed and not hash. However, the actor has reportedly blamed two people for dragging her name into the case. Earlier, it was reported that Deepika had consulted 12 lawyers.

NCB on Friday questioned actor Rakul Preet Singh, Deepika Padukone’s Manager Karishma Prakash. The NCB also visited the home of Kshitij Ravi Prasad, a former Executive Producer with Dharmatic Entertainment. The NCB has already arrested Sushant’s girlfriend Rhea Chakraborty and her brother Showik along with 18 others in the drugs case.