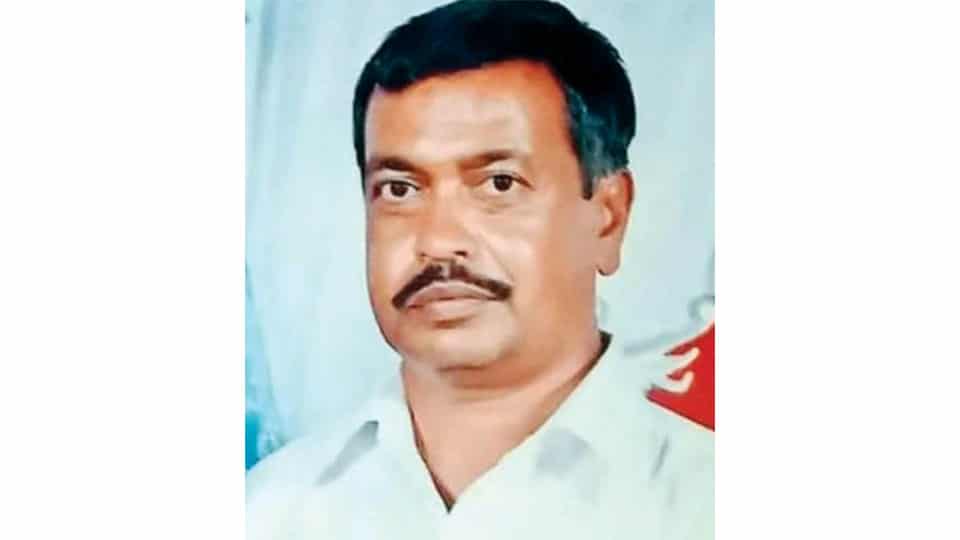 Mysore/Mysuru: The first week of the New Year has proved to be disastrous for city two-wheeler riders as at least half a dozen of them lost their lives in road accidents that took place in different parts of the city.

In the latest road accident this morning, a woman, who was riding pillion on a scooter, was killed on the spot when she was run over by a lorry near GRS Fantasy Park on Ring Road.

Chitra (35), wife of Kumar, a resident of Belavatta, was travelling from Belavatta towards Royal Inn Junction on KRS Road, when a  speeding glucose powder-laden lorry  knocked down the scooter from behind at about 9 am.

As a result, both the rider and the pillion rider fell down onto the road when the lorry ran over Chitra.

The rider, who has been identified as Shobha, sustained injuries and was rushed to JSS Hospital.

Chitra, an employee of a factory at Hebbal, was travelling to work along with Shobha. V.V. Puram Police, led by Inspector Aruna Kumari, visited the spot and conducted mahazar, before registering a case.

A 65-year old moped rider succumbed to his injuries late last night. The deceased is Sheikh Mohideen (65), a resident of Rajivnagar. He was knocked down by a speeding car on the Ring Road in Devanur Third Stage at about 6.45 pm yesterday as he approached the road from a LPG gas agency.

Mohideen was shifted to Narayana Multispecialty Hospital, where he breathed his last a couple of hours later.

In another incident, a two-wheeler rider who had sustained injuries in a hit-and-run case, breathed his last at K.R. Hospital in the wee hours of today. He is Mahesh (32), a resident of T. Narasipur and a                     liquor vehicle driver.

Mahesh was returning to T. Narasipur after finishing work at about 8.30 pm on Jan. 3 when an unidentified vehicle knocked him down near Duddagere. Mahesh, who sustained serious head injuries, was referred to NIMHANS in Bengaluru. He was later brought back to Mysuru and admitted to K.R. Hospital where he died. Varuna Police have registered a case.

In the fourth incident, a printing press owner was killed in a scooter-car collision that took place near Ittigegud Post Office yesterday.  Kumar (62), owner of Mayura Printers, is the deceased. He was travelling on his two-wheeler when a car collided with his vehicle. Though the person who was driving the car immediately rushed him to hospital, Kumar died.

A case has been registered at Siddarthanagar Traffic Police Station. Brother of BJP leader Kautilya Raghu, Kumar leaves behind his wife, two daughters and a host of relatives and friends.