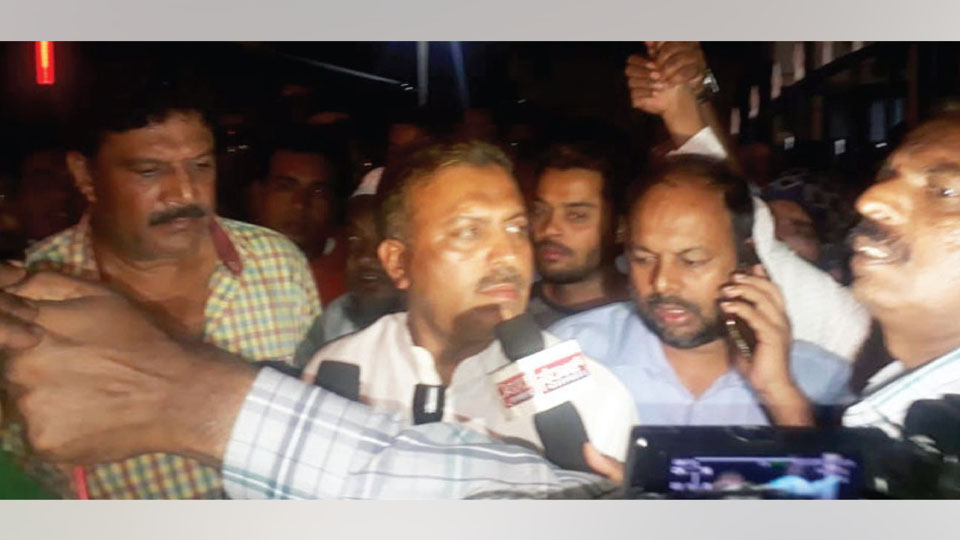 Mysuru: Following accusation by a few defeated candidates that EVMs and VVPATs were hacked in the May 12 Assembly polls, the Police are said to have questioned four persons who had made claims on hacking.

These candidates, after tracing the four youths who had approached them, brought them to the NR Police Station yesterday, when the youths who were said to be natives of Mudigere were questioned over the allegations and later let off as the Police are said to have found no truth in the allegations, it is learnt.

Meanwhile, DCP M. Vishnuvardhana, reacting to reports in a section of the Press on EVM hacking, said that on Wednesday night, a few candidates (NR, KR and Chamaraja Constituencies) who lost the recent Assembly polls, had brought 6 to 7 youths, accusing the youths of approaching them before the elections and demanding money saying that they could hack the EVMs. But then, these candidates had turned these youths back saying that EVM tampering and hacking was not possible.

Now that these candidates have lost the elections, they feel that the EVMs could have been hacked. However, their allegations seems to be not true, the DCP said.

Confirming that no case has been registered and that nobody is arrested or taken into custody either, he however said that the Police will bring the matter to the notice of the DC, who is also the District Electoral Officer.