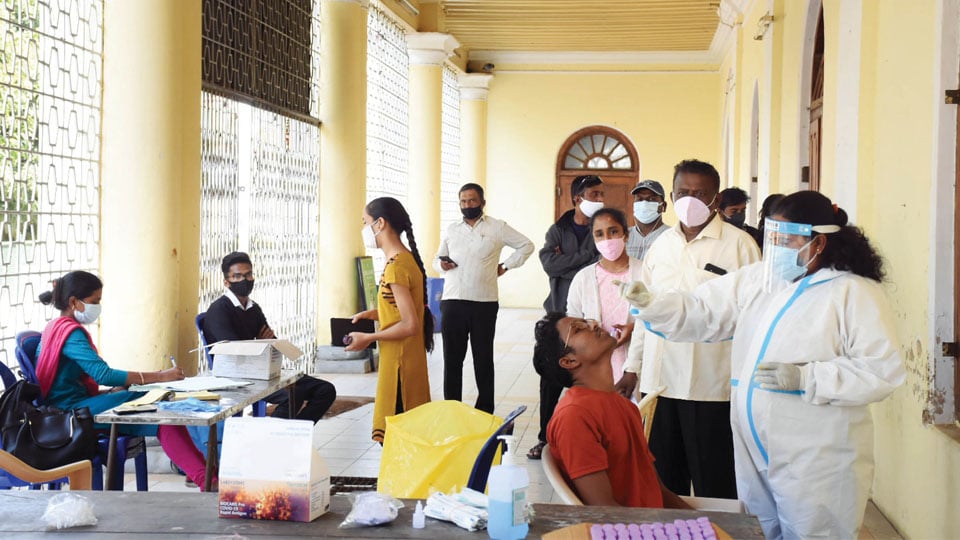 Bengaluru: Health and Medical Education Minister Dr. K. Sudhakar said that the fourth wave of COVID-19 in the country has been predicted in the month of August.

Responding to a question by BJP MLC Shashil Namoshi during the Zero Hour in the Assembly yesterday, Dr. Sudhakar said it would be made mandatory to wear masks at indoor facilities. A decision would be taken in this regard after holding a meeting with CM Basavaraj Bommai.

Insisting that the COVID protocol had to be followed, the Minister said that the variant BA.2 that was first detected in the Philippines had been reported in 40 countries so far. The mathematical calculations of Indian Institute of Technology Kanpur have also predicted peaking of the fourth wave in August, he said.

Dr. Sudhakar stated that there is no need for the people to panic even if the fourth wave surfaces as vaccination drives had been effectively conducted in the State. As many as 10.25 crore doses of vaccinations and booster doses have also been given. Adding to this, the parents would be convinced on vaccinating the children above the age of 12 years, he added.