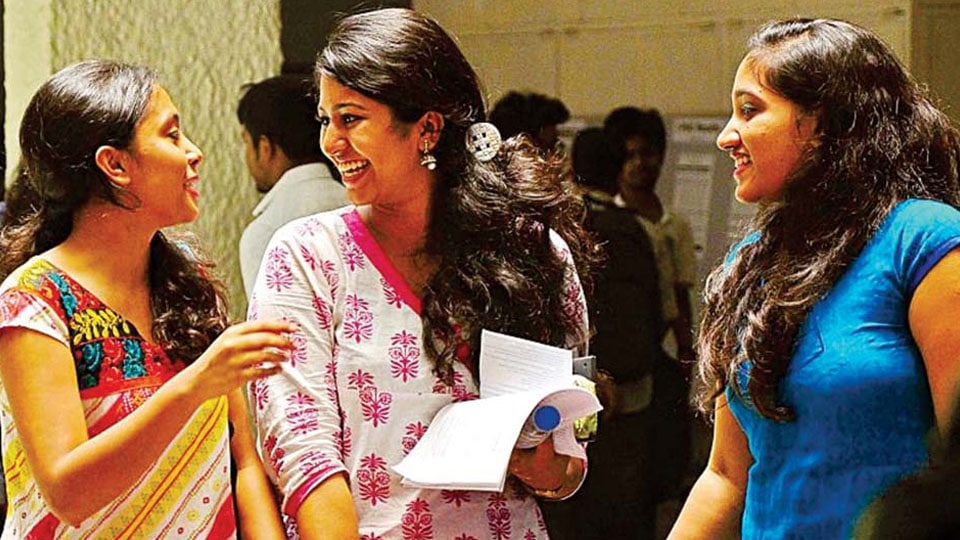 Bengaluru:  The State Government will bear the educational expenses of girl students pursuing Pre-University, graduation, and Post-Graduation courses in government colleges of the State, from the present academic year. This would help about 3.17 lakh students across the State and will cost Rs. 95 crore annually.

This decision was taken at a meeting of the State Cabinet yesterday. The free education norm, however, would not apply to professional courses. Law and Parliamentary Affairs Minister Krishna Byre Gowda said that 3.17 lakh students include 1.84 lakh in degree and Post-Graduation courses, and 1.33 lakh students in PU Colleges will benefit.

RTE quota: Now, children seeking admission in private schools under the Right of Children to Free and Compulsory Education (RTE) Act quota will get the seat only if there are no government schools in their neighbourhood.

Minister Krishna Byre Gowda observed that purchase of land had become a challenge for industries owing to complex procedures involved in conversion of land use pattern of farmland for industrial purposes.

The present cumbersome system had paved the way for the role of middlemen, resulting in harassment to farmers and inordinate delay of more than a year for industries, he said.

Now, a single-window clearance scheme would be established for conversion of land for industries. Under the new system, being operated by the Revenue Department, the authorities concerned are to grant permission for land conversion within a month after receiving application.

If they do not give permission within month, it would be deemed as granted unless the authorities specify the exact reason for denying permission, the Minister said.