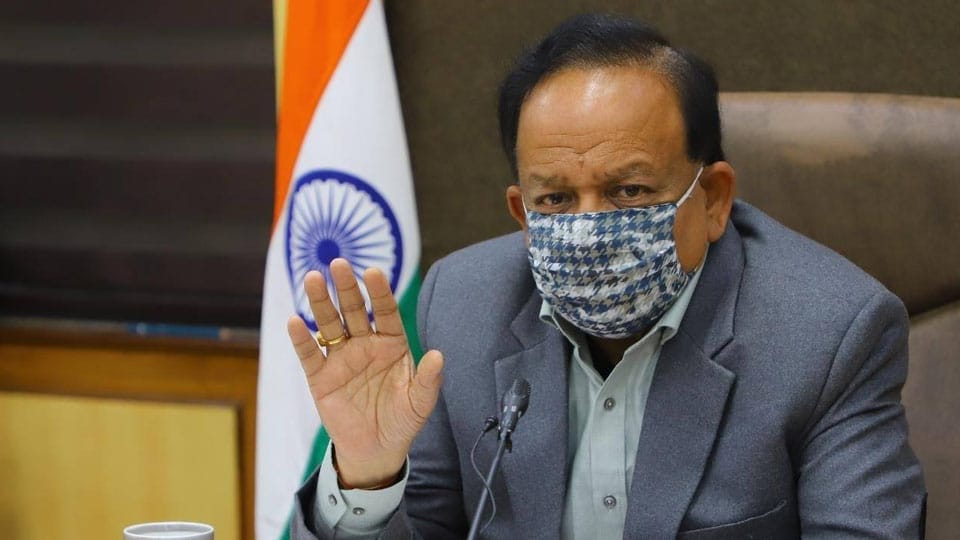 Free vaccine for all: Union Minister

New Delhi: Union Health Minister Dr. Harsh Vardhan has declared that COVID-19 vaccine will be provided free of cost across the country. He was talking to media today on the sidelines of nation-wide vaccine dry run.

“Not just in Delhi, it will be free across the country. Prime Minister Narendra Modi has already made announcement in this regard,” he said.

He also appealed to people to not pay heed to rumours and said that ensuring the safety and efficacy of the vaccine was the Government’s priority. Different kinds of rumours were spread during polio immunisation but people took the vaccine and India is now polio-free,” he added.