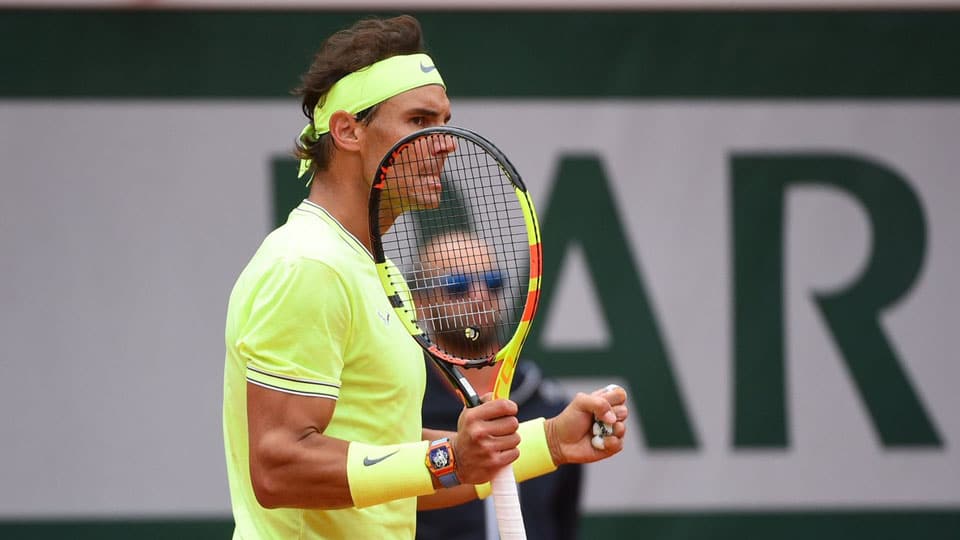 Djokovic Vs Thiem match suspended due to bad weather

Rafael Nadal is one step away from his 12th French Open title after a 6-3, 6-4, 6-2 semi-final win over Roger Federer. Strong winds prevented the contest from hitting the heights anticipated, but there were plenty of majestic moments to please the Philippe-Chatrier crowd.

The Spaniard broke the Swiss icon six times, crucially in the third and ninth games of the second set, en route to doubling his advantage.

He then broke twice more in the third set as he completed his masterclass.

World number one Novak Djokovic trailed Dominic Thiem when their French Open semi-final was suspended because of bad weather — a move that drew criticism on social media.

Konta has ‘no regrets’

British number one Johanna Konta has “no regrets” after her French Open semi-final defeat and believes she can still reach a Grand Slam final.

Her surprise run to the last four ended in a 7-5 7-6 (7-2) defeat by Czech teenager Marketa Vondrousova on Friday.

“I’m proud of this past fortnight and working towards going one step better,” said Konta, who was appearing in her third Grand Slam semi-final.