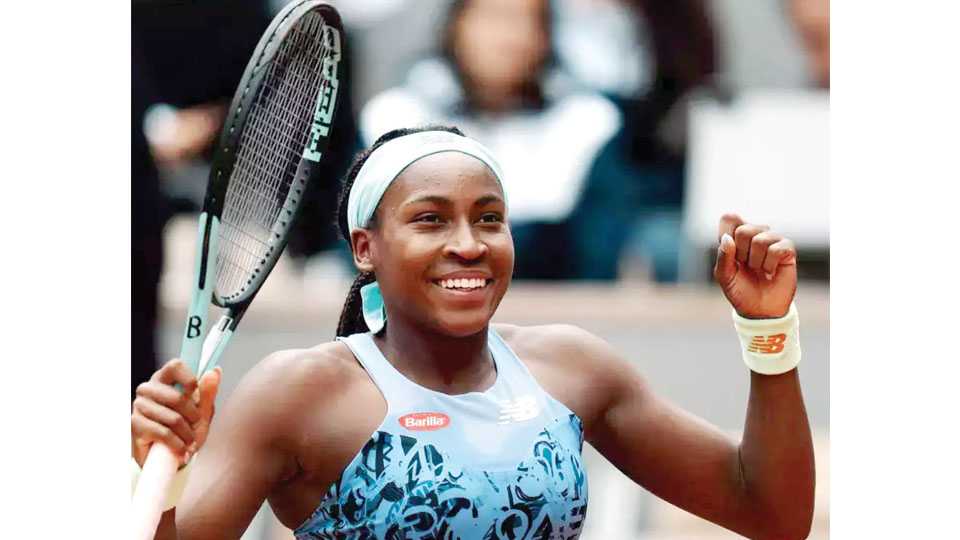 With a smile beamed up to the heavens, Coco Gauff raised both of her arms in celebration as she sealed a 6-3, 6-1 victory over Martina Trevisan on Thursday — one that sent her into her first Grand Slam singles final at Roland-Garros.

At 18 years old, Gauff became the youngest finalist at Roland-Garros since Kim Clijsters in 2001, fulfilling the promise that had many tipping her as a prodigy since her days as a junior.

World No.1 Iga Swiatek — and her 34-match winning streak — will be waiting for her in the final.  But the American had a different topic on her mind after the match.

When prompted to sign the camera lens after her win, she used the opportunity to send a powerful message instead: “Peace” and “End Gun Violence” — a reference to the recent wave of mass shootings that has hit her home country.

While she’s been competing on the sport’s biggest stages, Gauff has certainly not been unmoved.

“Since I was younger… my dad told me I could change the world with my racquet. He didn’t mean that by just playing tennis. He meant speaking out on issues like this,” Gauff said during her post-match press conference.