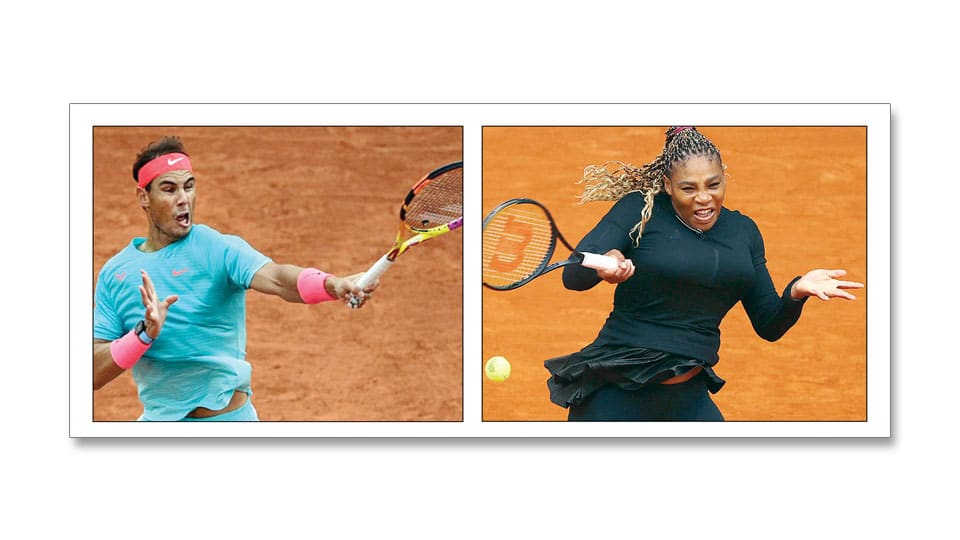 Paris: Rafael Nadal began his pursuit of a record-tying 20th men’s Grand Slam title with a straight-sets victory at the French Open while Serena Williams made a slow but successful start in her latest bid to equal Margaret Court’s all-time mark.

Nadal, 34, needs one more Slam to match Roger Federer’s record but has described the defence of his Roland Garros crown as the “most difficult ever” given the cold and damp conditions of a tournament delayed four months by the Coronavirus pandemic.

The second seed defeated Egor Gerasimov, the world number 83 from Belarus, 6-4, 6-4, 6-2 to launch his assault on a 13th French Open title, 15 years after his debut triumph.

The Spaniard is appearing for the first time in Paris without a clay title to his credit and skipped the recent US hard-court swing over COVID-19 concerns.

He smacked 32 winners to just 20 unforced errors to down Gerasimov, one of 31 men entered into his first French Open main draw.

Williams, playing at the French Open for the 18th time, dropped serve twice as Ahn moved 5-4 ahead in the opener in a rematch of their first-round encounter at Flushing Meadows.

But the sixth seed forced a tie-break that she sealed with an ace after a 74-minute slog before charging to an ultimately comfortable victory.

Williams, seeded sixth here, has not gone beyond the last 16 in Paris since her defeat to Garbine Muguruza in the 2016 final. Her last major came at the 2017 Australian Open while pregnant.