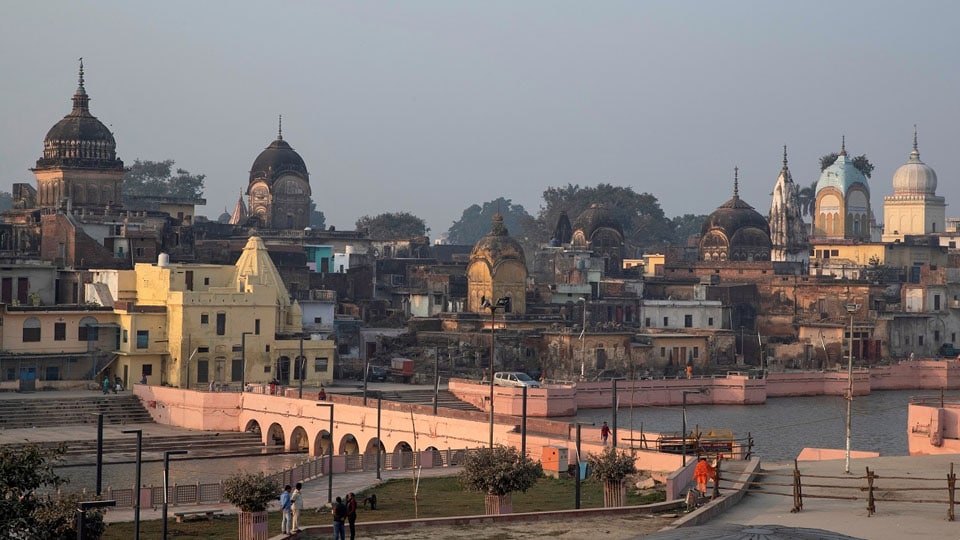 New Delhi: The Mayor of Ayodhya, Rishikesh Upadhyay, yesterday said that the ancient holy city will be developed as a major pilgrimage centre, a day after the Supreme Court delivered the landmark verdict in the Ram Janmabhoomi-Babri Masjid title dispute case.

He said, “The ancient city of Ayodhya will be developed as a major pilgrimage centre. An Ayodhya Pilgrimage Development Council will be set up which will be tasked with developing the city with the state-of-the-art modern infrastructure to promote tourism and connectivity.’’

Upadhyay said that there is a proposal to install a 151-metre-tall statue of Lord Ram on the banks of the Sarayu River in Ayodhya – his birthplace. The Union Ministry of Culture will be the Nodal Agency in the development of Ayodhya.

Prime Minister Narendra Modi may call a meeting next week to decide on the future course of action after the Government’s Legal Advisers go through the 1045-page SC judgement.

According to the Union Culture Ministry, the new Ayodhya plan also envisages a Ram Museum in the city, which will house artefacts and antiquities that were found by the ASI while digging the site. In anticipation of a heavy influx of tourists in the aftermath of the top court ruling, the Government has plans of developing the area around the temple.

The places surrounding the deity’s birthplace and proposed temple site might be declared a heritage site. Plans are afoot to install ten gates dedicated to Lord Ram in Ayodhya and construction of an airport in Ayodhya. The deadline for the first flight to and from Ayodhya will be May 2020. Also an International Bus Terminal with state-of-the-art facilities will be developed along with world-class Railway Station at an estimated investment of Rs. 100 crore fashioned after the Ram Mandir.

Other plans include, provision for under-ground cabling, 10 5-star hotels in Ayodhya, the construction of which will begin from December. Apart from the proposal for construction of 5 big resorts, there are plans to come up with a night shelter which can accommodate 10,000 people.

A 5-km-long flyover connecting Ayodhya with Faizabad will be built and a medical college will come up in Ayodhya along with the development of all major public spots, parks in Ayodhya to promote tourism. In addition, the repair and restoration will be undertaken of all small reservoirs linked to Lord Ram and India will be connected with Ramayana circuit. Also, a 4-lane road will be constructed between Ayodhya and Chitrakoot.