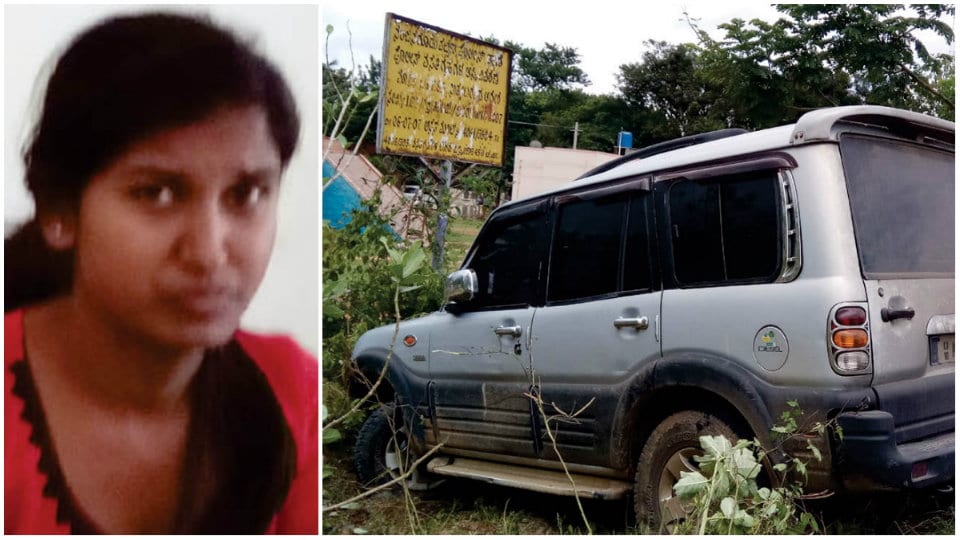 Nanjangud: An attempt to kidnap a girl student has been reported at Nanjangud this morning. But the presence of mind of the girl helped her to escape from the alleged kidnappers.

The girl, who was being kidnapped, has been identified as Ramya, a native of Mandya, who is pursuing her BE course at the Engineering College in Chamarajanagar by staying in a hostel there.

Ramya, speaking to Star of Mysore, said that she received a call on her mobile phone this morning by someone claiming to be her uncle, who asked her to come to Sri Nanjundeshwara Temple in Nanjangud as he wanted to see her.

She said that she did not suspect the caller as he spoke in the same voice of her uncle. She then boarded a bus from Chamarajanagar and landed at Nanjangud Bus Stand, where she again received a call asking her to come to the waiting Scorpio vehicle (KA-10 N-7070) near the bus stand, she added.

When she came near the Scorpio vehicle, she found a lady seated in the back seat and the driver, she said and added that the driver told her that her uncle had sent the vehicle to fetch her and he was waiting near the temple.

Ramya further said that she boarded the vehicle and the driver drove the vehicle towards Gundlupet direction to which she questioned the driver and added that the woman who was seated in the rear seat got down near a bakery in Nanjangud and the driver proceeded further.

She said that when the vehicle came to the main road and reached near the Police Station, she caught hold of the steering and turned the vehicle sharply, which resulted in the vehicle rushing into the Police Quarters.

When people began to assemble, the driver fled from the scene only to be chased by the public but in vain. The public then enquired the girl and took her to the Police Station.

ASP Mohammed Sujitha and Circle Inspector Gopalakrishna, who collected information about the details of the incident, have called the relatives of Ramya and are enquiring.

The enquiry was on, when we went to the Press.