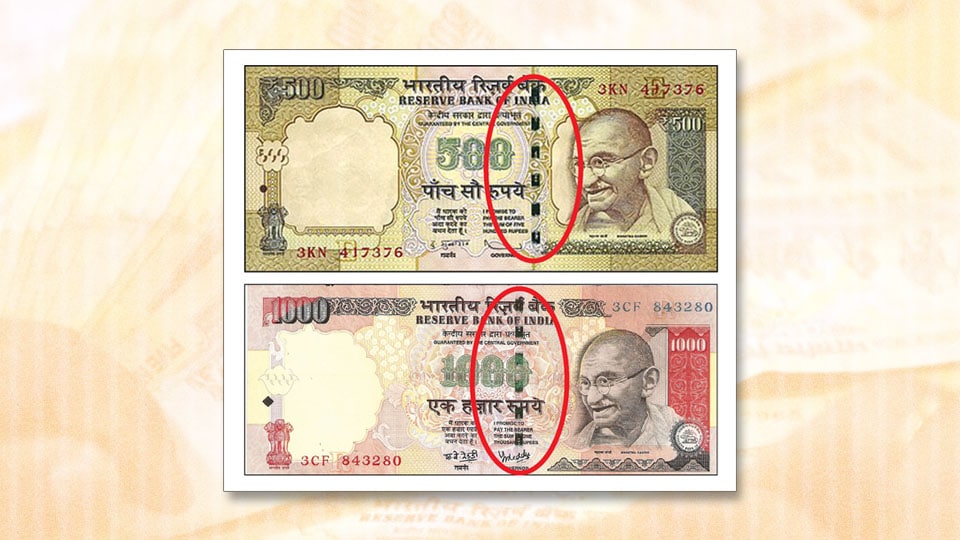 Mysore:  Why on earth does one want to buy demonetised notes that are no longer legal tender? One could easily get arrested if found possessing such banned notes. That too, why people from Punjab are interested in collecting wads of demonetised notes from Mysuru and they come all the way from the North to here carrying arms and using their local contacts to collect such notes?

Investigating yesterday’s shoot-out incident where Sukhwinder Singh alias Durgesh from Faridkot in Punjab was shot dead by Vijayanagar Inspector B.G. Kumar near S.V. Apartments on Hebbal Ring Road, the Police have discovered that the demonetised notes are still in demand for its security thread.

One of the prime objectives of demonetisation was to put a chokehold on counterfeit note production. Criminal gangs and fake currency rackets are using the security thread of these devalued notes to print and pump in counterfeit notes.

Investigations have revealed the startling fact that counterfeit mafia is collecting the security threads of old notes to bulk-produce fake currency. These threads are carefully separated from the notes and inserted into fake Rs. 2,000 notes to make it genuine.

First this racket was busted in Kochi in 2017 and the Police had suspected a nexus between banking professionals and the racketeers. Those involved in bank-to-bank transactions and such other transactions are behind this. However, the probe hit a roadblock as the gangs were operating from other States. Now the Police can string the threads together to apprehend the gang, said sources.

Investigations have also revealed that Sukhwinder Singh had a well-established network of demonetised note collection and he along with his accomplices had come to Mysuru as part of the collection drive. The Police have a task to first arrest Sukhwinder’s accomplices who are on the run and trace who their local contacts are and also identify the suppliers of the banned notes.