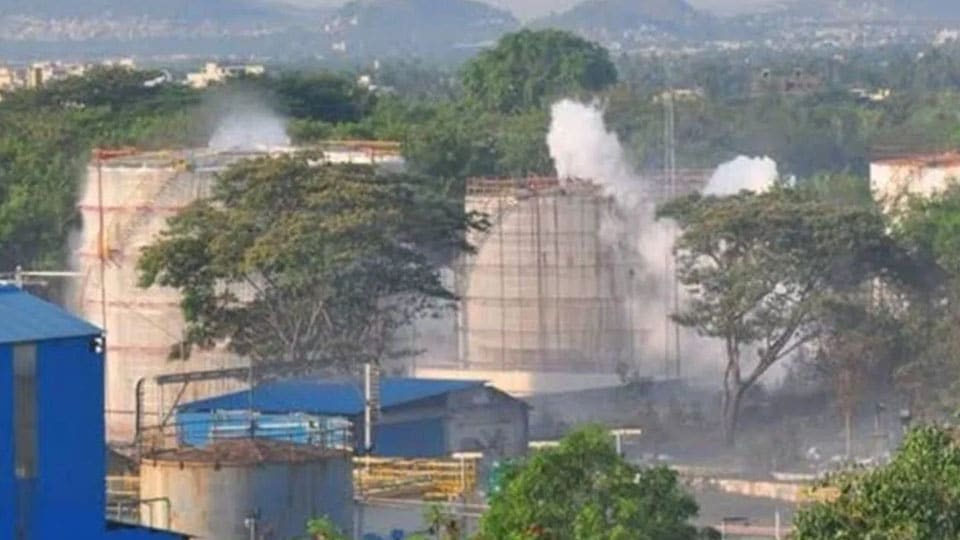 Visakhapatnam: A gas leak at a polymer plant in Visakhapatnam has killed 11 people and forced the evacuation of thousands of people in the 3-kilometre radius. The leakage of styrene gas, which causes nausea and dizziness, took place early this morning when the plant was preparing to resume production later today in view of the eased COVID-19 lockdown restrictions.

In the villages closest to the plant located on the outskirts of the city, visuals on social media early this morning showed people lying motionless on the streets, at least two had fallen into the drains.

Elsewhere also, there were videos of parents carrying unconscious children in their arms on the streets and running to get medical help. Many others were seen dazed sitting on the pavements. Some more lay on the roads, a young woman among them was seen collapsing. The Municipal Corporation tweeted that people in an area within approximately 3-kilometre radius of the plant were vulnerable.

The incident evoked memories of the gas leaked from a pesticide plant in Madhya Pradesh’s Bhopal in 1984. That incident, counted among one of the world’s worst industrial disasters, had killed 3,500 people.

PM Modi also called a meeting of the National Disaster Management Authority that he leads. “I pray for everyone’s safety and well-being in Visakhapatnam,” PM Modi said in a tweet before the meeting started. According to news agency ANI, National Disaster Response Force (NDRF) chief S.N. Pradhan said about 1,000 to 1,500 people had been evacuated by the authorities and more than 800 taken to hospital.

Most of the people taken to hospital were later discharged. Visakhapatnam District Medical and Health Officer Tirumala Rao told reporters, around 2 pm that 300 people were still admitted to various hospitals. Late afternoon, Pradhan told a news briefing in Delhi that 11 people had died in the incident.

Chief Minister Jagan Mohan Reddy has announced Rs. 1 crore compensation for the next of kin of the dead besides Rs. 10 lakh to people who have been put on ventilator and Rs. 25,000 to those who were treated as outpatients. The CM also announced that a committee has been set up to probe the incident and the Government was prepared to have the company shift to a different location if recommended by the panel.