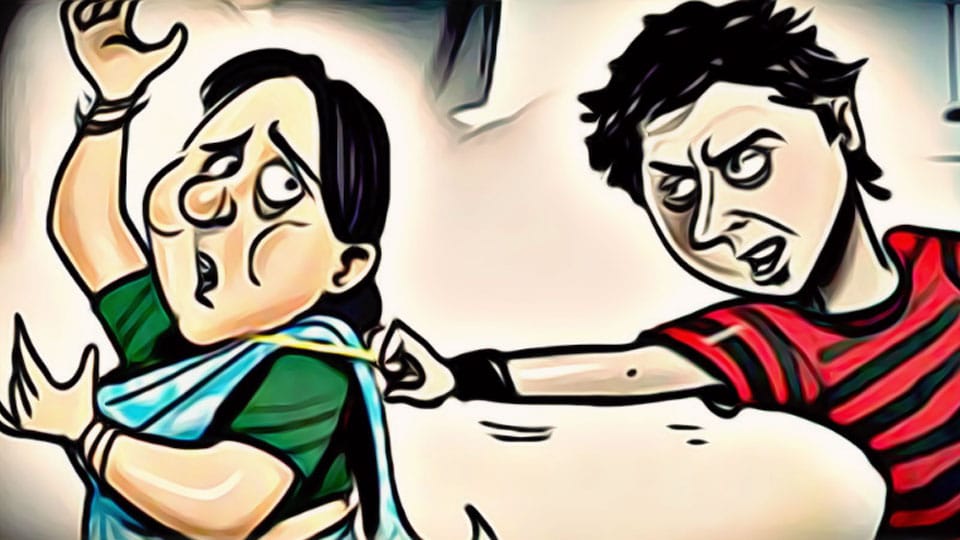 An incident of miscreants yanking off a gold mangalya chain from a woman, who was boarding a bus, has been reported at City Bus Stand in city on Mar. 28.

The woman who lost her mangalsutra has been identified as Padmamma of city.

It is reported that Padmamma on Mar. 28 afternoon went to City Bus Stand to catch a bus to Srirangapatna. During the rush to board the bus, miscreants who made use of the opportunity, yanked off the gold chain and fled from the scene.

A case has been registered at Devaraja Police Station in this regard.