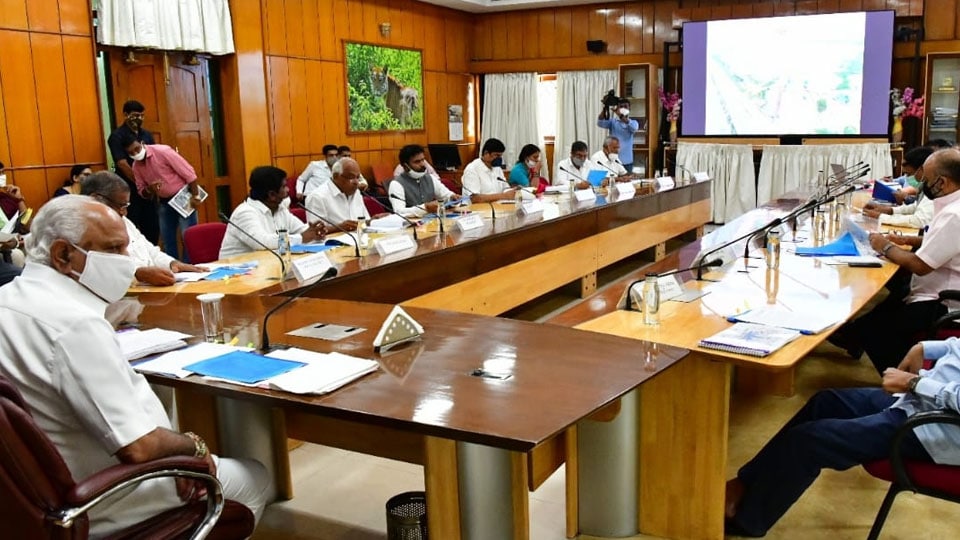 Bengaluru: In a significant decision, the State Government on Thursday decided to sell the lands which it has leased out, to the lessees itself at the prevailing market rates.

Addressing presspersons after the Cabinet meeting here on Thursday, Law Minister J.C. Madhuswamy said that the Government has decided not to renew leased Government lands which have been given to private individuals, Associations, Trusts and organisations but instead sell them on a permanent basis to the lessees at the prevailing market rates.

Pointing out that only those lessees who have been using the land solely for the granted purpose will be considered for selling of the land, Madhuswamy clarified that, however, Clubs, Recreation Clubs and such other establishments will not be brought under this initiative.

Stating that only educational institutions, Industries, Religious, Medical, Farming organisations and the like, which have been using the leased lands only for the purpose they had sought, will be given permanent ownership of the land upon payment of the value specified by the Government, the Minister said this decision will put an end to the periodical or yearly renewal of leased lands.

Madhuswamy further said that all unutilised lease lands and other leased lands, which are found to be utilised for purposes other than those sought by the lessees, will be taken back by the Government.

He also said that a Bill for reduction of salaries up to 30 percent for MLAs and Ministers in the wake of the COVID-19 pandemic will be introduced in the next session. Also, Rs.10,000 crore has been set aside for completion of the pending 9.74 lakh houses under various Housing Projects, he added.

Industries to get 3-year clearance

In another major Cabinet decision, Industries will be given three years’ time during which they can seek clearances from all other Departments.

Announcing this after the Cabinet meeting, Industries Minister Jagadish Shettar said that industrialists looking to set up ventures in Karnataka can commence work immediately after their proposals are approved by the Government, without having to wait for any other clearances.

Calling the decision as a historic move, Shettar said the Government will amend the Karnataka Industrial Facilitation Act, 2002, for this.

Continuing, Shettar said that the Cabinet also decided to completely waive off Stamp Duty and Registration fees for the manufacture and sale of electric vehicles.

Pointing out that the Government sought to promote sale and manufacture of electric vehicles through this move, he said that this decision is in line with the Karnataka Electric Vehicles and Energy Storage Policy, 2017. The country would see a rise in electric vehicle use and production in the next few years and we are trying to harness this opportunity, he added.