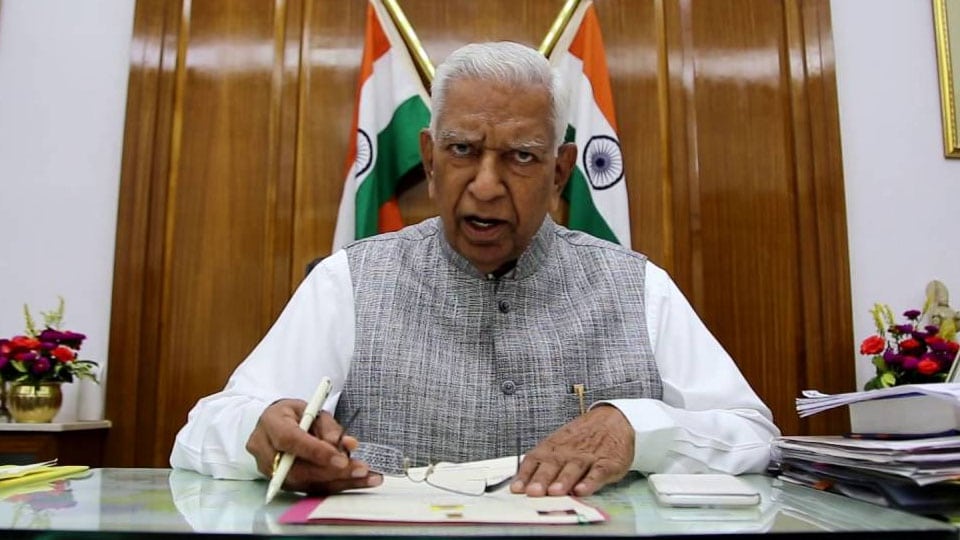 Governor writes to Chief Secretary, asks him not to take major decisions

Bengaluru: Even as there are reports that the JD(S)-Congress Government is taking major decisions at a time when it is on a shaky wicket, Karnataka Governor Vajubhai R. Vala has written a letter to the State Chief Secretary T.M. Vijay Bhaskar instructing the Government not to take any major decisions now.

The Governor, taking note of the resignation of 18 MLAs from the ruling coalition, is said to be convinced that the Government does not have the majority and hence he has written to the Government asking it not to take any major decisions, according to sources.

This letter has been despatched along with the two letters the Governor wrote to the Assembly Speaker on the issue of  the resignation of the MLAs, the sources added.