Home » News » Tally of resignations in Coalition Govt. rises to 18 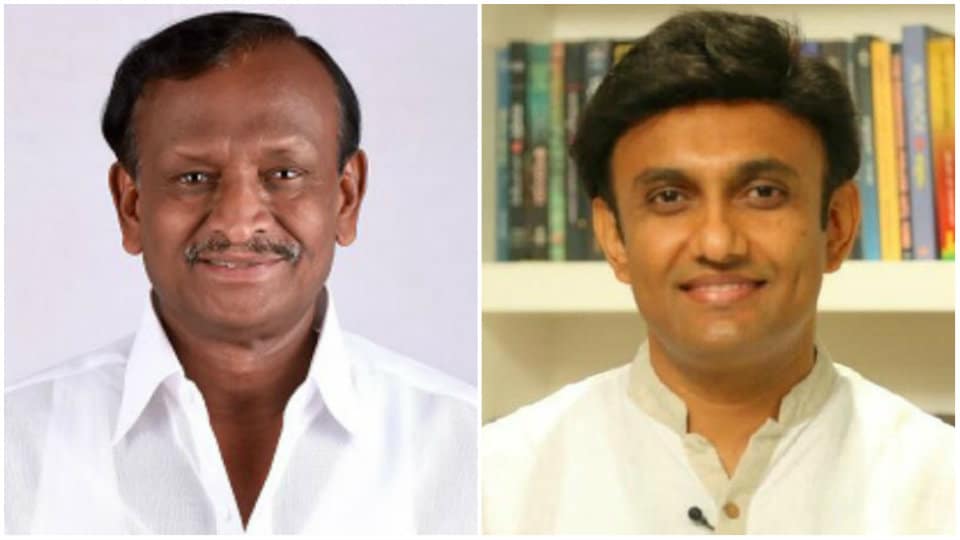 Tally of resignations in Coalition Govt. rises to 18

Bengaluru: The tally of MLAs from the Congress resigning went up to 13 with Housing Minister MTB Nagaraj and Karnataka State Pollution Control Board (KSPCB) Chairman Dr. K. Sudhakar too quitting as Legislators last evening.

Both Nagaraj and Dr. Sudhakar, who had taken charge as Chairman just over 10 days ago, are close confidants of CLP leader and former Chief Minister  Siddharamaiah. The two visited the Speaker’s chamber yesterday and tendered their resignations.

A high drama ensued as soon as Dr. Sudhakar walked out of the Speaker’s chamber when a Congress MLC and his followers reportedly heckled him. Later the Police escorted him out of the Vidhana Soudha.

With the two quitting, the total number of MLAs who have resigned has gone up to 18, including 13 from the Congress, 3 from the JD(S) and two independents.

Meanwhile, Nagaraj, speaking to press persons after meeting the Governor at Raj Bhavan last evening, said that he quit in protest against Chief Minister H.D. Kumaraswamy’s style of administration and the failure of the coalition Government.

Maintaining that he was always committed to serve the people, Nagaraj said that the Government is further weakened with the resignation of fellow MLAs Byrathi Basavaraj and S.T. Somashekar and as such there was no point in continuing.

Dr. Sudhakar said he had quit as the voters have totally rejected the coalition Government in the just concluded Lok Sabha polls.

Maintaining that all his pleas to the CM for more funds for his Constituency Chikkaballapur went in vain,  he said he was deeply disappointed with the performance of the coalition Government.

He, however, stated that Siddharamaiah was like his father and that he was deeply pained over resigning as Congress MLA.

Those who have quit so far as Congress MLAs

Out of the 18 MLAs, three were Ministers in the coalition Government — MTB Nagaraj, R. Shankar and H. Nagesh.

Shankar and Nagesh were sworn-in as Ministers last month (June 14) while Nagaraj was inducted in December 2018.