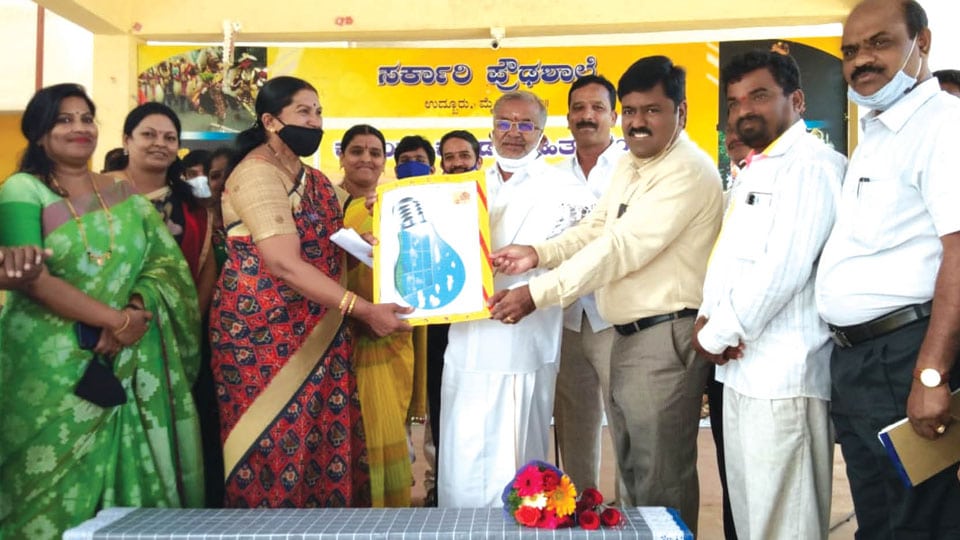 Mysore/Mysuru: Under Sugamya Shiksha Initiative of GRAAM (Grassroots Research and Advocacy Movement), solar lights worth Rs. 2 lakh have been installed at the premises of the Government High School in Udbur and have been handed over to the teachers and School Development and Management Committee (SDMC) in the presence of MLA and former Higher Education Minister G.T. Devegowda (GTD).

In his inaugural speech, GTD said that GRAAM has transformed 13 schools across the taluk as model schools with the support of various institutions, officials and the community. The objectives fulfil if the teachers, the officers and the community take forward this effort to the greater heights, he added.

He appreciated GRAAM for bringing educational reforms in the Government schools and felicitated GRAAM’s Executive Director Dr. Basavaraju R. Shreshta on the occasion.

Speaking on the occasion, GRAAM’s Executive Director Dr. Basavaraju Shreshta said, “we have spent more than one crore rupees grant on Udbur School to provide computer lab, painting school walls, to conduct spoken English classes, impart sports coaching, training on life skills and for the distribution of scholarships. Efforts of the teachers, support from the people’s representatives and involvement of the community made this school as a model school in the State. Villagers should join their hands to take it further.”