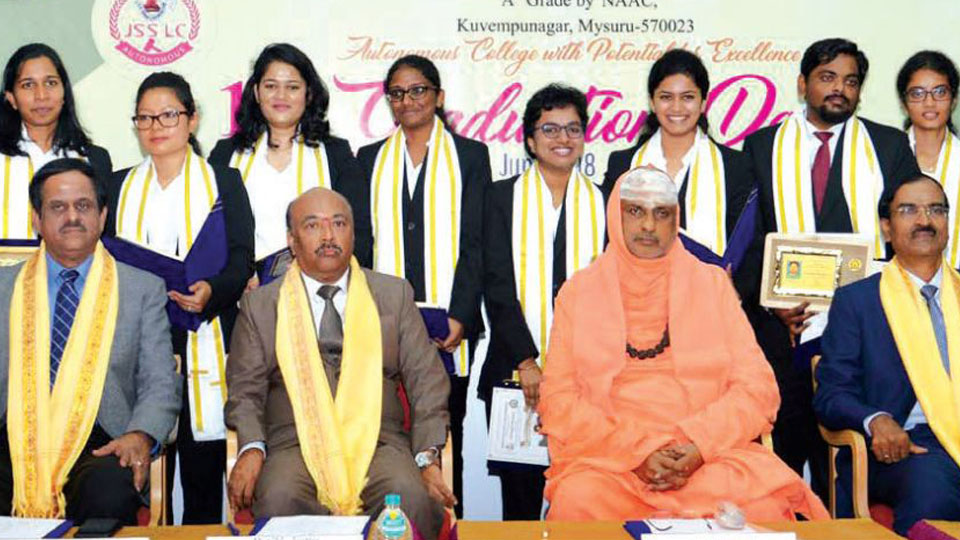 Mysuru: Observing that justice is not merely confined to maintaining the rule of law, but also involves rendering and considering the rights and liabilities of every citizen, Karnataka High Court Judge Justice K.N. Phaneendra said that it is the duty of every student to keep this in mind while serving the society.

Stressing on the importance of value-based education, he said that good education can inculcate humbleness in students.

Noting that a good student will focus on introspection and innovation, the Judge emphasised on the role of teachers in moulding the future and career of students.

Suttur Mutt Seer Sri Shivarathri Deshikendra Swamiji, who graced the occasion, highlighted the need for the society to move towards emotional quotient from intelligence quotient as more and more educated people are becoming divisive, self-centred and materialistic.

He further said that there is an imminent need of imbibing values and emotions to counter this shift, which has become a matter of concern for the society. 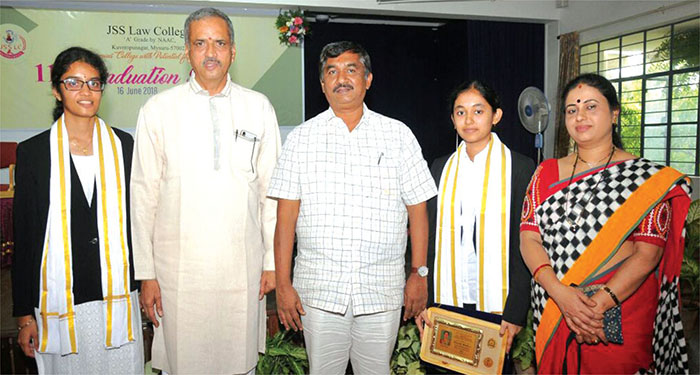 Graduation Day JSS Law College
‘Ramarajya’ concept in its true form is the need of the day: Prasanna
International Day of Yoga: 10,000 participants take part in the final rehearsal for June 21 main event