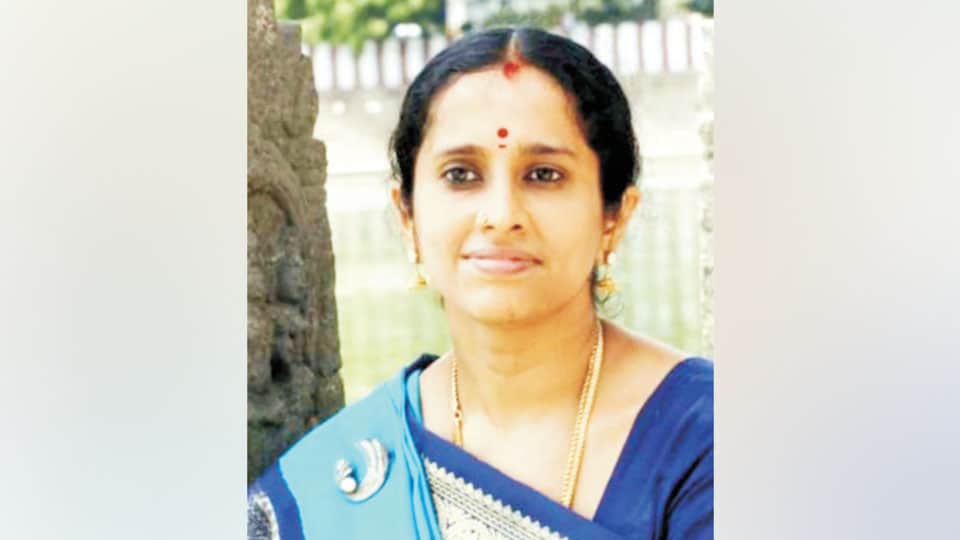 Raaga Vaibhava Charitable Trust, a leading music and dance organisation in Mysuru,  has been in the forefront of cultural activities in the city and is in its sixteenth year now.

The present programme is on the 21st instant (Saturday) at 6 pm and the venue is Sri Nadabrahma Sangeetha Sabha, JLB Road. The artiste is Vidushi Vishaka Hari, who will enthrall the cultural literati of Mysuru through a grand musical Harikatha programme. She will be accompanied on the violin by Vidu. Charulatha Ramanujam, on mridanga by Vid. Arjun Ganesh and on ghata by Vid. S. Manjunath.

Surprisingly, Vishaka Hari is an A-topper in CA exam but chose ‘Harikatha Discourse’ as her major profession, imbued with a passion for this art-form after her marriage to Sri Hariji, an experienced Harikatha exponent in his own right. She also learnt Karnatak music under the legendary Lalgudi Jayaraman.

She has performed all over the world drawing full houses and the languages are English and Tamil. She has a sonorous and captivating voice module which will instantly endear her to the cultural literati of her audience. She has also gone abroad and performed in England and the States. She is the recipient of many laurels and awards and the famous Lalgudi has bestowed on her the title of ‘Woman Par Excellence’ and more importantly her spiritual guru Sri Krishna Premi Swamigal has called her the ‘Echo of Sri Thyagaraja Swamy.’ Shanmukhananda Sabha of Bombay has bestowed ‘Dr. M.S. Subbulakshmi Centenary Award’ on her. The connoisseurs of Mysuru can bank on a good and wonderful treat.