Home » News » Greater Mysuru to be a reality 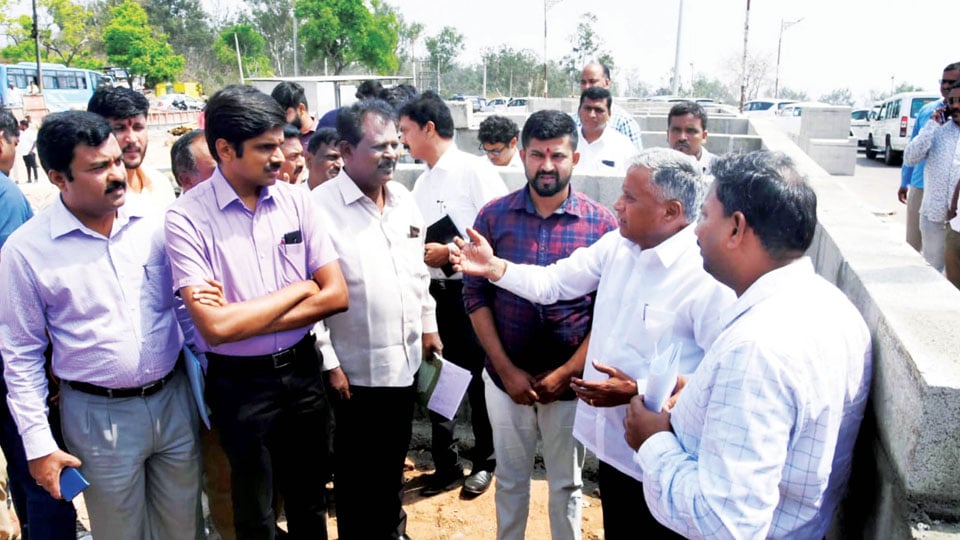 Greater Mysuru to be a reality

Minister Somanna says Plan will be announced by CM during Budget

Mysuru/Mysore: Mysuru City Corporation (MCC) might  soon assume the shape of Bruhat Mysuru Mahanagara Palike — Greater MCC — as the long-pending proposal to include more villages under the jurisdiction of MCC will get a push in the Karnataka Budget that will be presented by Chief Minister B.S. Yediyurappa on March 5.

Speaking to reporters after inspecting development works atop Chamundi Hill this morning, District Minister V. Somanna, who also holds the Housing portfolio, said that many villages will be included in the MCC jurisdiction and the plan of ‘Greater Mysuru’ will be announced in the forthcoming Budget. “I have discussed the issue with Chief Minister Yediyurappa and he has assured me that the proposal will be announced in the Budget,” he said.

Two years back, a survey was carried out by MCC on expanding its limits as many Gram Panchayats (GPs) have failed to address civic issues. In 2012-13, a proposal was mooted for formation of ‘Greater Mysuru’ by bringing 110 villages into Corporation limits. In October 2017 the MCC had carried out a survey in 44 villages around the city to bring them to the Corporation fold. However, till now, no decision has been taken in this regard.

MP Pratap Simha has made out a case for expanding MCC by including the developed areas falling under GPs. The MP had met Somanna and urged him to do so, so that better amenities can be provided to these areas. With the city growing at a fast pace, GPs such as Alanahalli, Hanchya, Kadakola, Rammanahalli, Hosahundi, Devalapura, Srira-mpura, Jayapura, Bogadi, Hinkal, Koorgalli, Yelwal and Siddalingapura have become developed areas, the MP argued.

The boundary of MCC?was earlier fixed on Oct. 18, 1995, according to Karnataka Municipal Corporation Act 1976. Even after 15 years of drawing the boundary, the city is growing by leaps and bounds, forcing the civic body to attend to the needs of localities situated near its boundary. Of the 41 villages identified to be included in MCC, 11 have already become a part of MCC with the latter providing drinking water facilities. They are: Chamundi Hill, Kesare, Kurubarahalli, Hebbal,?Dattagalli, Hebbal, Alanahalli,?Srirampura, Metagalli, Rammanahalli, Hootagalli and Hinkal.

Areas falling under many GP limits have residential areas as well as industries and have witnessed a rapid rise in population. The revenue coming to the GPs too had gone up substantially and it has become imperative for the authorities to include these areas in the limits of MCC so that better civic amenities could be provided in the areas, MP told Somanna.

During his inspection at Chamundi Hill this morning, Minister Somanna said that 114 shops for vendors are ready and works were on to build 196 shops. The project is being implemented with a budget of Rs. 4.95 crore. A nominal rent will be fixed and shops will be rented out to vendors, he said and added that all basic amenities will be provided to them and no vendor will be left out.