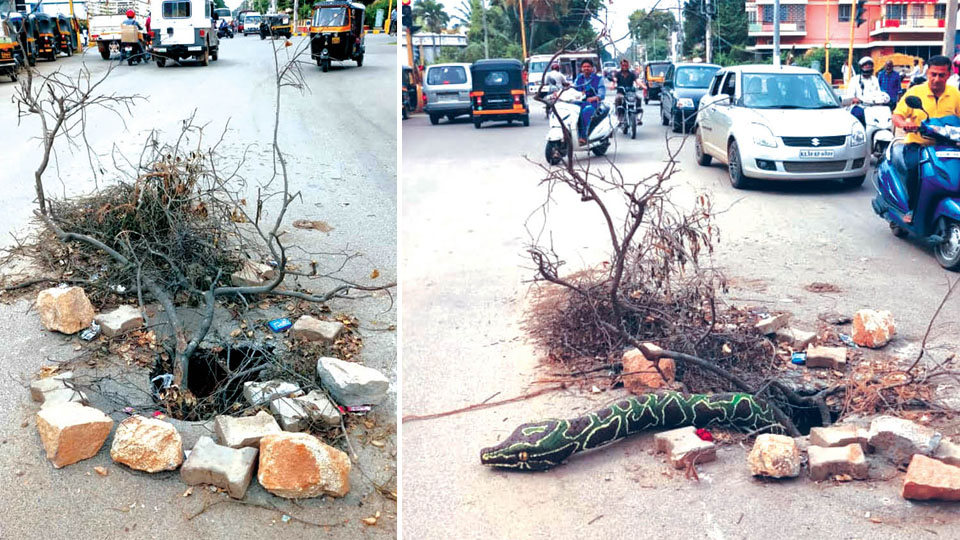 Mysuru:  City artist Baadal Nanjundaswamy, whose concern for society and its burning issues, is well-known. He attracts attention to the woes of the people through his innovative ideas. This time, he has drawn the attention of Mysuru City Corporation (MCC) towards a deep pothole by his artwork “Green Anaconda emerging out of a pothole.”

This morning, he installed the art work on a pothole at the Narayana Shastri Road-Siddappa Square Junction. The pothole was not closed since months and fortunately, the Police had installed a barricade over it and had placed stones around it to warn motorists.

Baadal’s art work looked natural with the snake emerging out of a dark place, complete with dry tree branches placed around it, giving it a real-life touch. The art work, on the busy road, attracted many motorists who stopped by to see it. 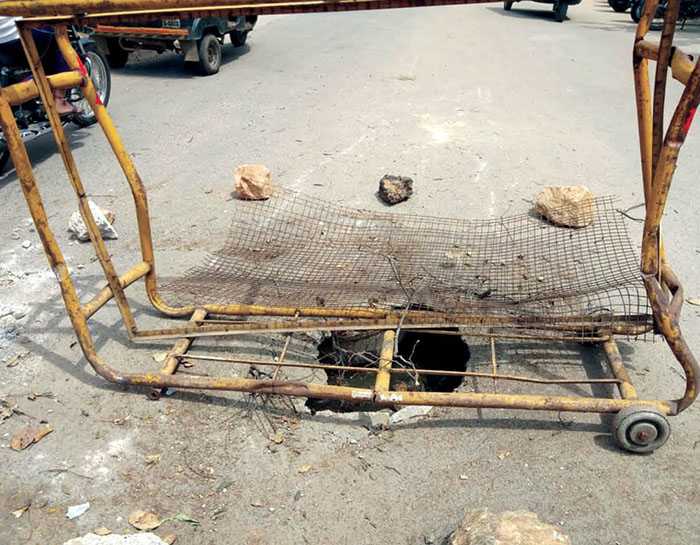 Later, Baadal told Star of Mysore that he saw the killer pothole yesterday and painted the snake last night. “I had placed the art work at the place for about one hour. Since many people were crowding the area to see the art work, I had to remove it as it might lead to traffic jams,” he said. “Many people in the area told me that the pothole was an open invitation to danger and the MCC had not bothered to close it since months,” he added.

Baadal Nanjundaswamy, who is known for drawing the attention of people and apathetic civic authorities through his street-art, had, in the past, painted a huge dengue mosquito on First Main, Paramahamsa Road in Yadavagiri.