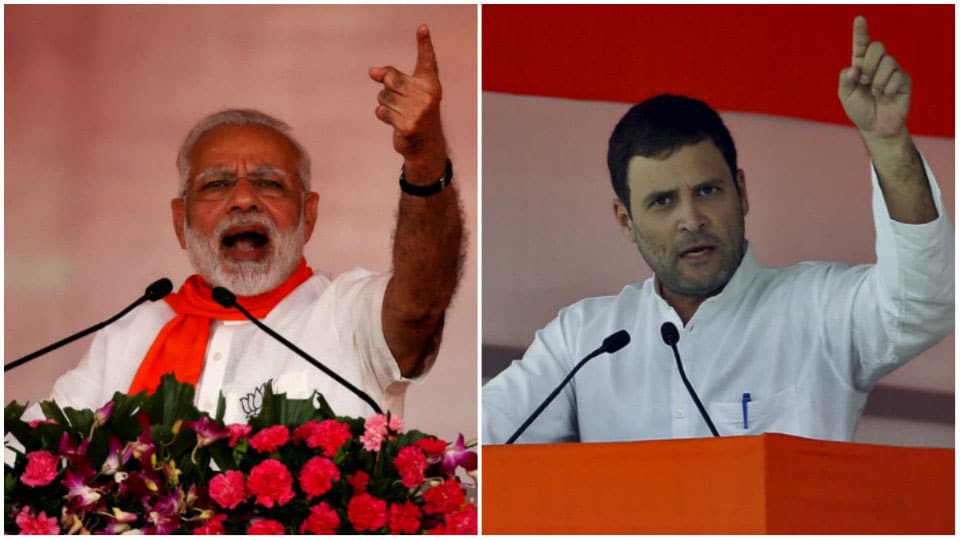 New Delhi: After a bitter and personal campaign between BJP and Congress, votes for the 182 Assembly seats of Gujarat will be counted tomorrow morning. Along with Gujarat, counting of votes for 68 Assembly constituencies in Himachal Pradesh will also be taken up tomorrow.

Both the results are keenly watched and the focus is on Gujarat that has been ruled by the BJP for 22 years straight. Exit polls have shown the ruling BJP comfortably ahead of the Congress in Gujarat and even in Himachal, the exit polls have predicted BJP’s victory over the ruling Congress by a two-thirds majority.

Political analysts say that looking at the voter turnout in the two phases of Gujarat election and the caste equations that emerged days before the polls, the BJP will win in wafer-thin margin, much smaller than the expected 116 to 120 seats.

Polling in Gujarat has been slightly lower than the last elections in 2012. The first phase of polling saw a 68 percent voter turnout while the second phase saw a marginally better 68.7 percent. The turnout in 2012 was 71.3 percent. While a party needs 92 seats to form the Government in Gujarat, a party that gets 35 seats will rule Himachal.

Prime Minister Narendra Modi was the face of the BJP’s campaign in his home State in what is seen as a contest between him and Rahul Gandhi, who took over as Congress President yesterday.

This election is seen as the closest in more than a decade in Gujarat with the Congress allying with three young leaders from sizeable caste groups.

The result will be used to gauge if people are really discontent with the slowing economy, which was hit hard by the two mega-reforms of last year’s note ban and this year’s GST.

Victory in Gujarat and Himachal Pradesh will further cement the grip of Modi and Party President Amit Shah in the party. A win in Gujarat would add to Modi’s confidence to crack down on black money and corruption. It would also spur Shah to kick-start efforts to expand the BJP footprint.

For Rahul Gandhi a win or even an increase in the Congress seat tally would come as a big boost to his leadership. A win would enable him to silence critics — both within and outside the party — who say his elevation, more than being merit-based, is an obvious outcome of dynastic politics.

Not just that, it would make Rahul the default claimant to the post of Opposition leader, who is expected to take on Narendra Modi in the 2019 general elections. If Congress loses, it will be a thorn in Rahul’s flesh and give his detractors another chance to question his elevation as President.

Meanwhile, the Congress this morning said it would file a “fresh comprehensive petition” on the Gujarat election after the Supreme Court yesterday refused to entertain its plea seeking counting of at least 20 per cent of the paper trail slips manually along with votes cast in EVMs in each constituency.

“We will represent and then file a fresh comprehensive petition,” spokesperson Abhishek Singhvi told reporters.