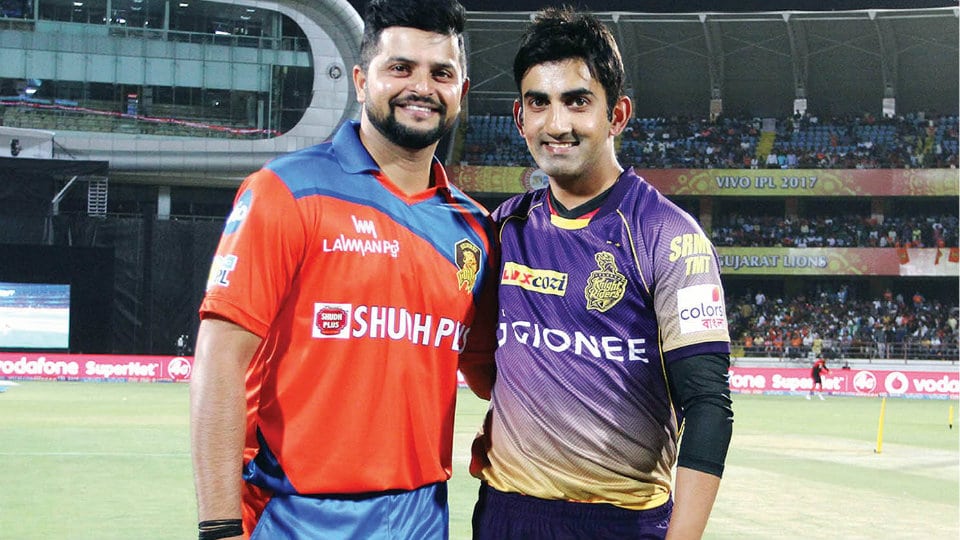 High on confidence following a hat-trick of victories, two-time champions Kolkata Knight Riders (KKR) would look to continue their winning streak when they face struggling Gujarat Lions (GL) in a battle between the top and bottom-placed teams of the ongoing Indian Premier League (IPL) 2017, here this evening.

Gujarat Lions, who stormed into the play-offs in their debut season last year, languish at the bottom of the points table with a solitary victory from five matches. If they lose another match, Gujarat will be staring at elimination from the play-offs race.

With two home and two away wins from five matches, in-form KKR are on a roll, quite contrast to the campaign of Gujarat who finished the league stages on top last season but are yet to find their rhythm this year with just one victory out of five. There has been no individual hero for KKR in their journey so far and every player is backing each other. That has not only helped them overcome hurdles but played a key role in their smooth campaign.

It was against Gujarat that KKR opened their IPL 2017 campaign with a ten-wicket hammering in Rajkot, and though they are without their big impact hitter from that win, the Australian batsman Chris Lynn, they have found others steer their course. Sunil Narine has taken three wickets in KKR’s hat-trick at an outstanding economy rate of 4.75, the clutch trio of Robin Uthappa, Yusuf Pathan and Manish Pandey has each hit match-winning fifties, Gautam Gambhir continues to lead shrewdly and the late introduction of pacer Nathan Coulter-Nile has given the bowling a much-needed edge.

They’ve pinned their hopes on Ravindra Jadeja, which hasn’t worked, as evidenced by one wicket for 131 runs so far. In fact, Gujarat’s spinners have been a colossal disappointment with a combined economy rate of 10.32. That Dwayne Smith has bowled five overs with an economy of 12.40 says plenty of how poorly the franchise’s bowling has fared this season.