Home » Sports » Gujarat Lions look to come back with a win 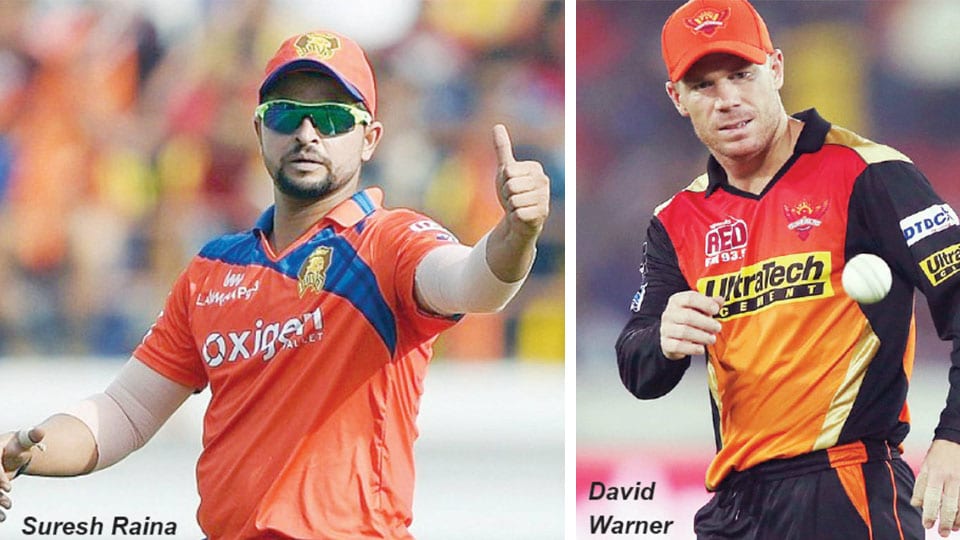 Gujarat Lions look to come back with a win

Hyderabad – Gujarat Lions who faltered with a loss in their first outing against Kolkata Knight Riders (KKR) take on a spirited defending champions Sunrisers Hyderabad in their first away game today.

Sunrisers scored a comfortable 35-run win over Royal Challengers Bangalore (RCB) in their first outing, while Gujarat Lions were outsmarted by KKR with Gautham Gambhir and Chris Lynn batting well adding 184-runs for the opening wicket. Yuvraj Singh batted well for Sunrisers Hyderabad against RCB and seems to be in good nick with the willow along with M. Henriques and Ben Cutting. Afghanistan’s leg-spinner Rashid Khan Arman also bowled well for Hyderabad and will be under the spot light.

Gujarat Lions will depend on the contributions from Suresh Raina, Jason Ray & Brendon McCullum in the batting front and in the bowling department will depend on the guiles of medium-pacer Praveen Kumar, Dhawal Kulkarni and Chinaman bowler Shivil Kaushik. Australian all-rounder James Faulkneer may replace a out-of-form Dawyne Smith.

Sunrisers Hyderabad under the leadership of David Warner seem to have an upper-hand in conditions suitable and known to them and it depends on how Gujarat Lions make a match of it.

Mumbai Indians under pressure to perform

Mumbai Indians, who suffered a loss in their first outing against Rising Pune Supergiant need to come back firing on all cylinders to beat a confident KKR outfit who scored a thumping ten wicket win over Gujarat Lions in their first match.

The team which hold on to their nerves and performs well in the tight situation will emerge as victors. KKR seems to have the advantage as their batsman headed by skipper Gambhir are in good form, while Mumbai Indians are searching for the right combination to their team.

Lasith Malinga might come in and Harbhajan Singh may replace Krunal Pandya. Quite a few Mumbai Indians batsman got decent starts against Pune but could not build up their innings. Skipper Rohit Sharma needs to come good and give their team a good start which will boost the morale of the batsman to follow and help them post a good total.

Kolkata Knight Riders on the other hand will try to keep up their winning streak and will bank on their skipper Gambhir who has been leading from the front. KKR have Piyush Chawla and Kuldeep Yadav in their ranks and will try to unsettle the Mumbai batsman.

An interesting tussle between the bat and the ball is on the cards and the team which performs well under the tight situation will emerge as victors.