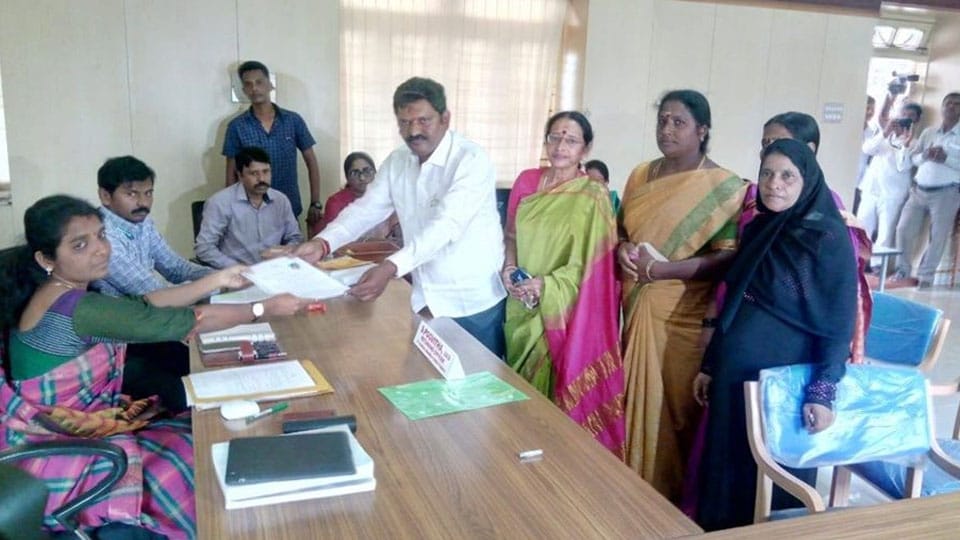 Hunsur: Congress candidate for Hunsur by-poll H.P. Manjunath, who has filed his nomination papers, has declared assets worth Rs.32.74 crore.

Manjunath, in an affidavit submitted to the Election Commission while filing his nomination papers, has said that he owns immovable properties worth Rs.27.20 crore and there is no immovable property in the name of his wife Supriya Manjunath. He has availed loans of Rs.1.27 crore from various banks and financial institutions. Manjunath in his declaration said that he and his family members possess gold and silver jewellery worth over Rs.1 crore, LIC bond of Rs.5 lakh and Mutual Fund bonds amounting to Rs.86.23 lakh.

He has also declared that he owns a Mahindra Camper vehicle, a Mahindra jeep and a two-wheeler, which is in the name of his son.

Manjunath, a two-time former Congress MLA, had declared assets of Rs.26.56 crore when he contested last year’s Assembly polls from Hunsur, which he lost. Now, his assets have risen by Rs.6.18 crore in a period of twenty months.