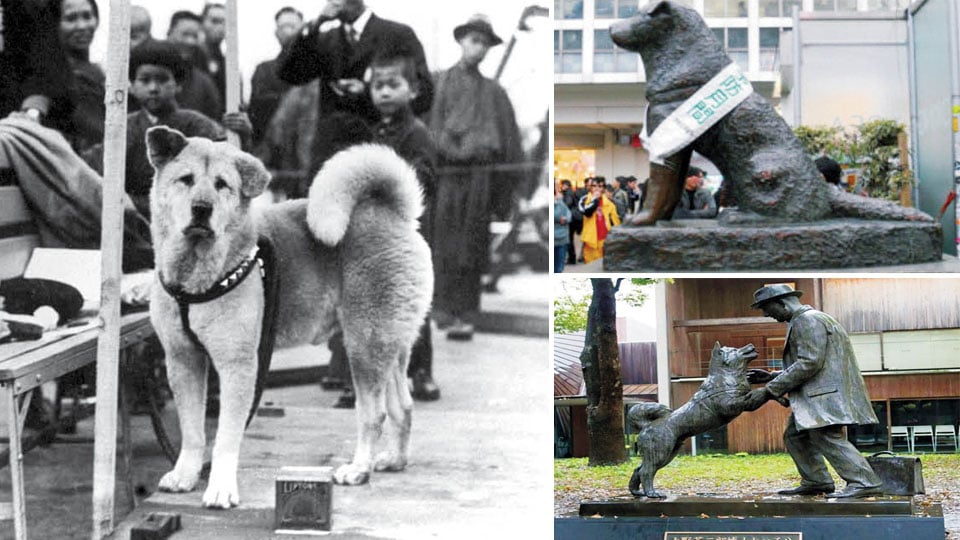 Hachiko: The most loyal Japanese dog

Hachiko — A Japanese breed of dog, popularly known for its loyalty. Accidentally, Professor  Hedesaburo Ueno of Tokyo University came across abandoned Hachiko puppy at the Shibuya Railway Station in 1924 and with sympathy took it home and showered love, with all care and affection. Hachiko used to come with him in the morning up to the railway station and used to wait during evenings at the railway station to greet his master. The Professor Ueno suddenly died of brain hemorrhage in May 1925 while lecturing in the class. Hachiko waited  every evening at the railway station for the arrival of his deceased master till his last breath. Hachiko waited for nine-and-a-half years and died of cancer in March 1935.

Hachiko was buried next to his master’s grave in Tokyo and a bronze statue was installed at the railway station in memory of Hachiko’s faithfulness.

Tokyo University has also installed a statue in memory of Prof. Uneo and Hachito;  movies were screened in 1987 (Japanese) and 2009 (American). Hachiko’s fur, which was preserved after his death, was stuffed and mounted and is currently on permanent display at the National Science Museum of Japan.