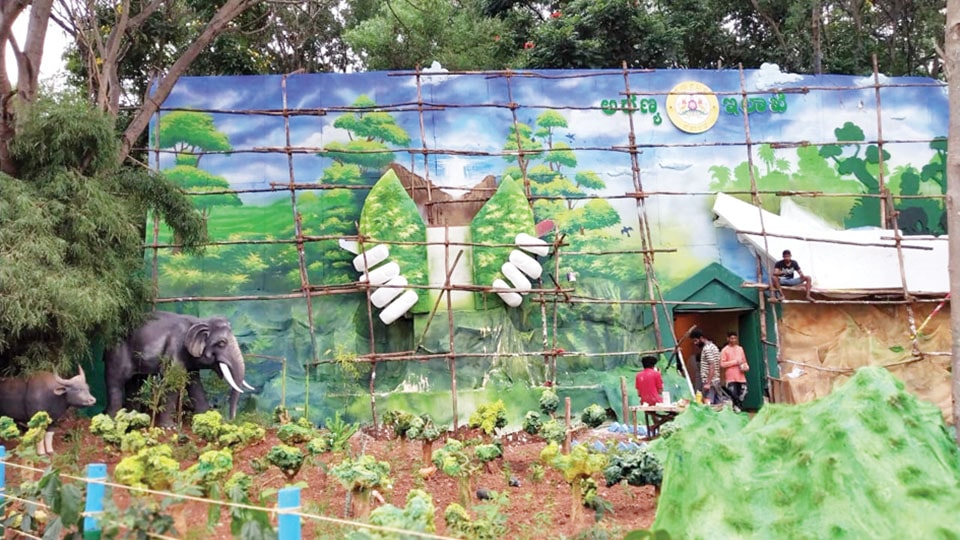 Mysuru: An exclusive stall for ‘Hasiru Karnataka’ project envisaged to protect environment and promote afforestation is coming up at the pavilion of the  Forest Department at Dasara Exhibition Grounds here.

The State Government launched the ‘Hasiru Karnataka’ project on Aug.15 with a mission to plant 5.5 crore saplings in the State and Minister for Forests M. Shankar had recently stated that the Govt. intended to increase the forest cover from existing 21% to 33% in the State.

The project aims to expand the green belt by growing plants near small hillocks, at ‘Gomalas’, on Government lands, at the premises of Department Offices, Schools and Colleges.

The upcoming stall will create awareness among people on the detrimental effect of Indiscriminate Urbanisation, on the pretext of development, damages caused by illegal and improper quarrying activities all indirectly promoting natural calamities. 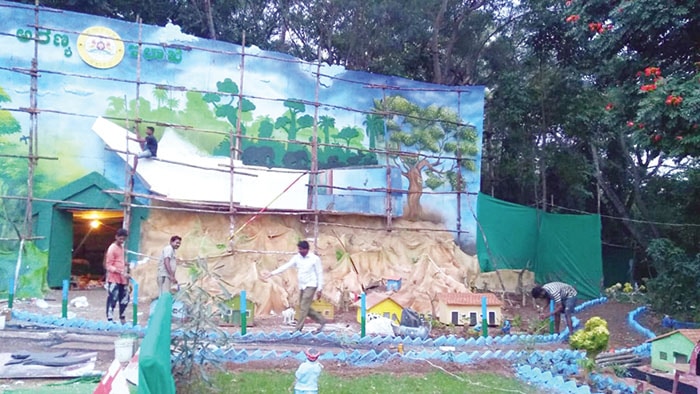 CAVA Artist Anil Bhoga Shetty and team are working on readying the stall in an  aesthetic and artistic way depicting the richness and glory of nature. An eye-catching waterfall with rich greenery below inviting wildlife and a group of villages with people engrossed in planting saplings would be thought-provoking for any visitor to the stall.

A spot in the stall has also been earmarked for taking selfies which would serve as a reminder for people on the importance of greenery.

DCF Dr. K.T. Hanumanthappa said that the stall would send a message among people on the values of greenery and essence of government project.