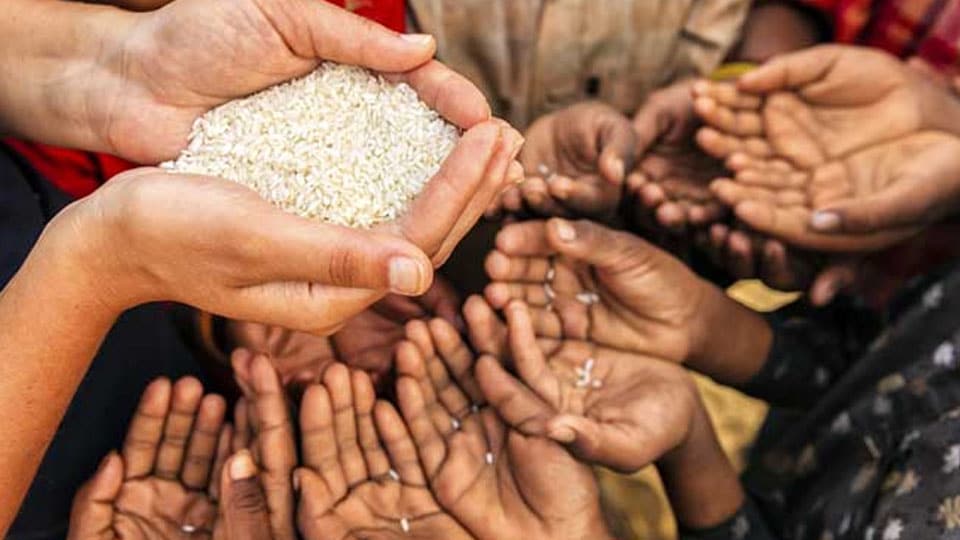 Every alternate week, if not day, the nation’s people are informed through all forms of media that the country is heading towards prosperity in the years ahead. The sources in the administration and their supporters are optimistic about India crossing the bar at 16-trillion-dollar economy. However, figures of people in the masses without access to adequate food and nutrition, a clear index of hunger, don’t find mention in official channels, may be because it happens to be a negative index, hurting optimism. The other factor, anger, bugging the nation’s citizenry and its consequences are there for all to see and hear about, even as the world is watching. Verses in the second chapter of Bhagavad Gita provide an ancient but relevant (to this day) analysis of anger. As per one of the verses, from anger comes delusion, from delusion comes loss of memory, from loss of memory comes destruction of intellect and once the intellect is destroyed, the person perishes. From attachment is born desire and from desire is born anger. However, it may not go down well with most people if they are asked to introspect about desire, the precursor to anger.

Narratives in ancient writings such as Bhagvatha, credited to sage Vedavyasa, tell us about rishis themselves losing control over anger and hurling deadly curses on those who disturbed their peace, strange as it sounds because the advisory on eschewing anger was handed down by the sages themselves. Call it an irony of human conduct.

Given the understanding that the sections identified as Below Poverty Line in the population are primarily those bugged by hunger in different degrees, their proportion in the population is officially claimed to be declining, currently estimated as 22 percent or thereabouts, meaning the country is host to nearly 30 million hungry citizens. Quibbling with figures portraying the extent to which the nation is haunted by hunger seems to have masked the minds of those who matter in the administration. The second factor chosen for this column, namely anger doesn’t seem to have fascinated anyone among the literati. More than assigning a figure, even a guestimate, for the proportion of angry people in the population, the society owes it to itself to get an insight to causes, ways to abate and prevent the sequence of outcome as mentioned in Bhagavad Gita mentioned earlier.

Hunger may or may not be addressed in the manner of holding the bull by its horns as it were, anger of the diaspora is heading, if not already headed, to unmanageable point. The top brass in administration needs to take on the gauntlet without delaying for even a day.