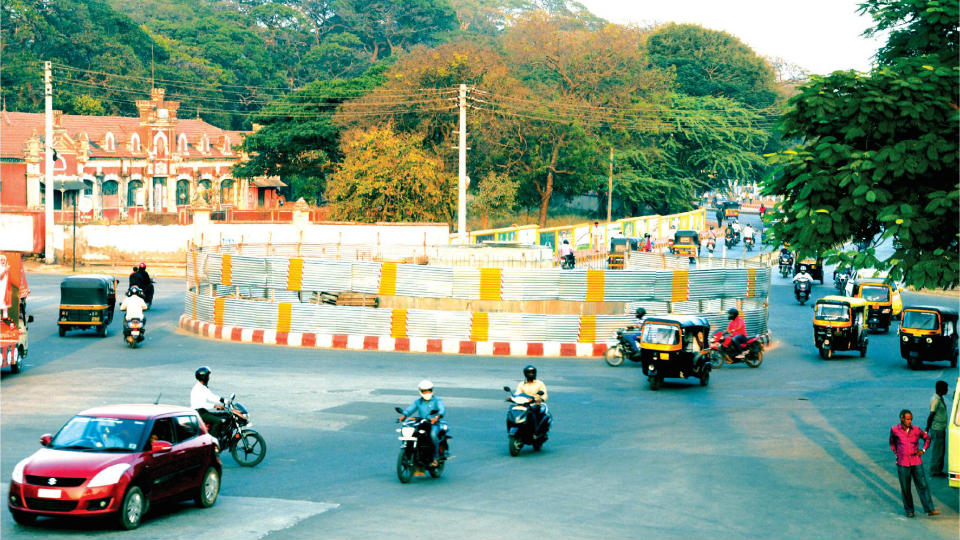 Karnataka Ursu Sangha and Akhila Bharatiya Kshatriya Mahasabha had filed a Public Interest Litigation (PIL) in the High Court against the construction of the statue. Hearing the PIL, the Divisional Bench of Acting Chief Justice, Justice H.G. Ramesh and Justice P.S. Dinesh Kumar stayed the construction.

In its appeal, the Urs Sangha told the High Court that it had approached the Mysuru City Corporation (MCC) to establish the statue of Srikantadatta Narasimharaja Wadiyar near the Gun House. The MCC had agreed to the proposal and even passed a resolution in this regard. Later, Srikantadatta Narasimharaja Wadiyar’s statue was approved by the State Cabinet to be set up near the Gun House.

Before the Cabinet approval, it was brought to the notice of the authorities, as per the Supreme Court directive, statues of religious leaders cannot be established in places of public utility. Despite this, the Cabinet approved the construction. Along with the Ursu Sangha’s appeal to place the statue of Srikantadatta Narasimharaja Wadiyar, Sri Shivarathri Rajendra Swamiji Centenary Celebrations Committee had also appealed to the MCC to install the statue of their religious leader near the Gun House.

The Ursu Sangha had contended in the Court that responding to its plea, the District Administration had said that statues cannot be constructed in public places. The petitioners questioned the move of MCC to go ahead with the Sri Shivarathri Rajendra Swamiji when it has quoted the Supreme Court order when the Ursu Sangha had appealed to install the statue of Srikantadatta Narasimharaja Wadiyar.

READ ALSO  JSS AHER moves one up in NIRF rankings

The petitioners said that installation of Srikantadatta Narasimharaja Wadiyar’s statue near the Gun House (Southern side of the Mysore Palace) will be in line with the tradition of installing the statues of three other erstwhile kings which are installed on the Eastern, Western and Northern circles leading to the Mysore Palace. They contended that the decision to construct the statue of Sri Shivarathri Rajendra Swamiji at that particular place was purely political, thereby belittling the contribution of the erstwhile kings and their successors.