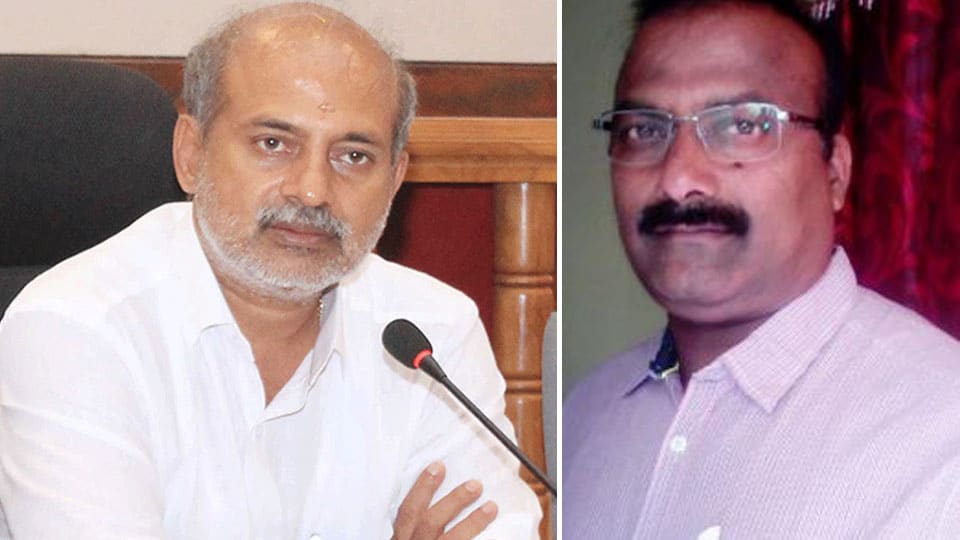 Mysuru:  A Head Constable (HC), attached to Kuvempunagar Police Station, has been suspended on charges of dereliction of duty for stopping the car of a Minister which had come on the road restricted for vehicular movement. The HC, who has been suspended by the DCP, is Venkatesh.

Details: On Mar.25 afternoon, HC Venkatesh was on duty on the road near Maharani’s College that connects the DC’s office. The staff was instructed by their higher officials not to allow any vehicle on that road as vehicular movement on this road was banned.

Meanwhile, Tourism Minister S.R. Mahesh, who came in a car from Devaraj Urs Road side, entered the road that was restricted for vehicular movement to go to the DC’s office as Congress candidate C.H. Vijayashankar was filing his nomination paper. Section 144 too was imposed on that road.

HC Venkatesh, who was on duty, stopped the car and reportedly told the car driver that he would speak to his higher ups before allowing the car to proceed further. Irked over this, S.R. Mahesh immediately called the higher Police officials over the phone and allegedly demanded suspension of the HC.

The Police official finally took the report from Devaraja Sub-Division ACP and in order to please the Minister, suspended Venkatesh on Monday night, according to the news, which is doing rounds in the Police circle. If a Police staff is suspended for following the orders and that too overnight, how can other staff follow the orders of the Election Commission, is million dollar question.