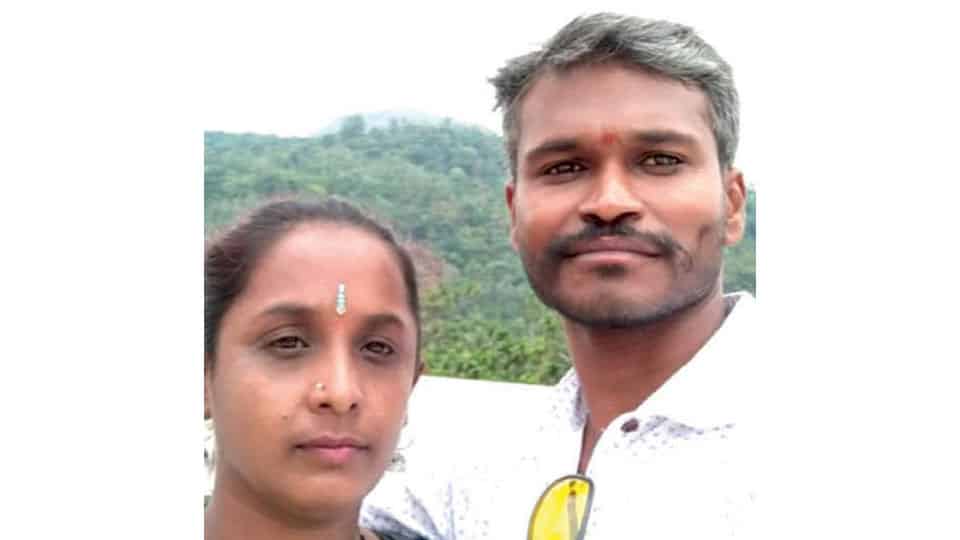 Mandya: The Special Police team of Srirangapatna Sub-Division, which cracked the case of headless bodies of two women, found near Arakere and between Bebi Betta and K. Bettahalli on June 7 by arresting a serial killer and his lover have revealed shocking facts about the accused duo.

Addressing a press meet at the Office of the Mandya Superintendent of Police (SP) yesterday, IGP (Southern Range) Pravin Madhukar Pawar said that the accused have been identified as Siddalingappa and his lover Chandrakala. The Police tracked them through their mobile phone location at Dabaspet in Tumkur and arrested them.

Continuing, the IGP said that the two headless bodies of two women, who were murdered by the accused, have been identified as Siddamma of Chamarajanagar and Parvathi of Hosadurga in Chitradurga district. The two victims were known to Chandrakala.

On June 5, Chandrakala summoned Siddamma and Parvathi to her rented house at Metagalli in Mysuru and went around Mysuru city for the day. The next day night, Chandrakala and Siddalingappa, suffocated Siddamma and Parvathi and beheaded them in the rented house. They then stuffed the headless bodies in two separate bags, carried the bags on a bike and discarded one bag near Pandavapura and the other near Arakere. They then took a house on rent at Adugodi in Bengaluru, where they murdered one Kumuda in a similar manner, stole the victim’s gold ornaments and later took a house on rent at Dabaspet in Tumkur and were staying there when the Police swooped on them.

The accused had also prepared a list of five more women, they had targeted to murder, the IGP said and added that had the Police not arrested them, five more innocent lives would have been lost.

ONE COMMENT ON THIS POST To “Headless bodies of women: Arrested serial killer couple had planned to murder five more women”