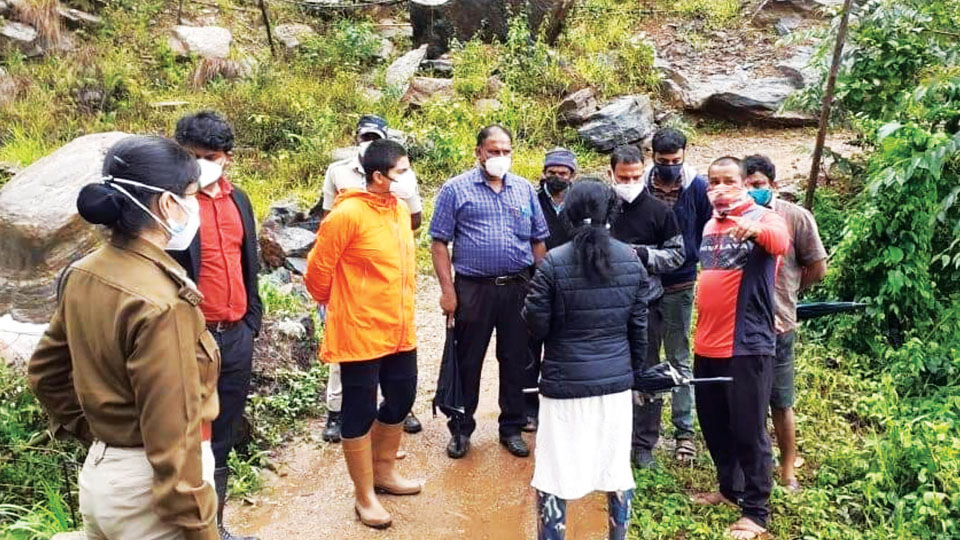 Heavy vehicle ban in Kodagu from June 23 to Aug. 16

Madikeri: Ahead of monsoon season which has already begun in full force in Kodagu district, the District Administration has banned the movement of heavy vehicles from June 23 to Aug. 16.

In an official statement issued here, Deputy Commissioner Charulata Somal has said that as the flow of water in rivers will increase, there is a risk to property due to unrestricted movement of heavy vehicles. The order was issued as a precaution based on the condition of roads and in the interest of safety of people.

The possibilities of regular movement of trucks with heavy loads causing damage to roads and resulting in landslips are high due to wet conditions. Roads in Kodagu are narrow and lack strength to sustain the traffic load due to rains.

“The district witnessed serious landslides during the last three successive years and the road conditions get worse during the monsoon season. Similarly, heavy vehicles carrying heavy loads on a regular basis can cause landslides on the sides of the road, causing serious road accidents. In addition, the State Meteorological Department has been issuing frequent reports of heavy rains next few days putting at risk the property and the safety of passengers,” the order stated.

Superintendent of Police (SP) Kshama Mishra has been told to put up signboards wherever necessary about the restrictions. The Police have also been told to keep a watch on goods carrier vehicles passing through Kodagu’s Kushalnagar and Sampaje on National Highway 275 by setting up check-posts. The District Administration has asked for the deployment of mobile patrol personnel for the enforcement of the ban.

Monsoon active in many parts

Meanwhile, monsoon has become active in Kodagu with rains lashing across the district.

Moderate to heavy rains accompanied by gusty winds were reported in some areas and the administration was geared up to tackle emergencies.

In Virajpet, there was a mudslide on the road leading to Police quarters near private bus stand. A house belonging to Vijayalakshmi in Kodlipet Hobli has been damaged after a tree fall. Electricity supply has been disrupted in various regions owing to uprooting of electric poles and the falling of tree branches on power cables.

Acting on a report from the Geological Survey of India, 85 places in the district have been declared vulnerable and prone to floods and landslides. Steps have been taken to shift the families living in such areas to safer places until the monsoon gets over. The administration has taken steps to establish relief and rescue centres, for housing those shifted from the risk zones.

Schools and Government buildings have been identified for shifting the families.