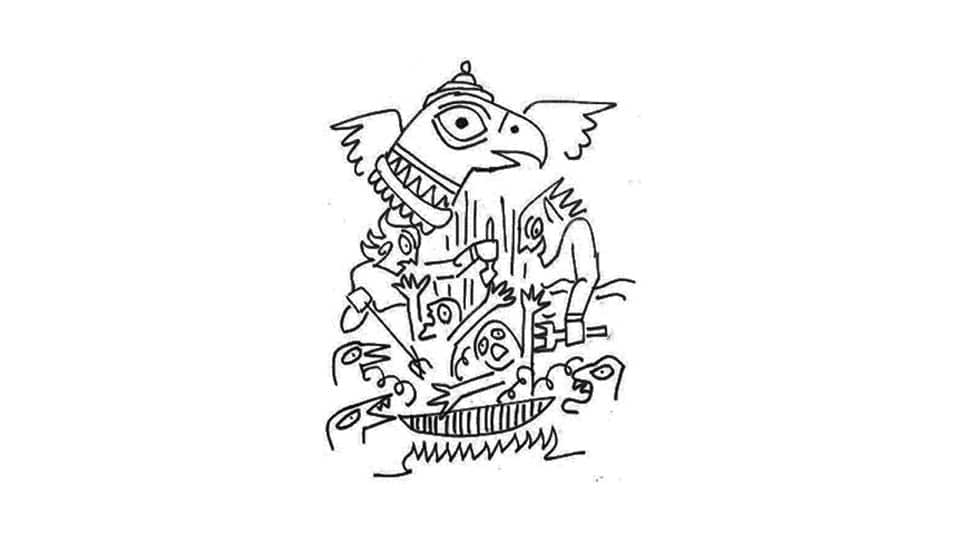 The Garuda Purana is one of the 18 Puranas composed by Ved Vyasa in order to explain Vedic principles. It was in a forest called Naimisha, where the narration happened for the first time. In the story, Vyasa says that the Garuda Purana was narrated by Vishnu to Garuda to explain what happens after death, hence the name Garuda Purana.

What makes Garuda Purana unique is its Preta Khanda, in which a detailed description is given on what happens after death.

It states that a few days after someone’s death, the preta, or the soul, lingers around the body and has to be gently coaxed to go along with Yama, or the messengers of Yama known as Yama-doots, to the land of the dead, or Pitra-loka, which is located on the other side of the Vaitarani.

In older scriptures, the dead wait impatiently in Pitra-loka till the day of rebirth. Their future lives are determined by their past karmas. However, in the Garuda Purana, we hear that while they are waiting for rebirth, the dead may be tortured by Yama on the basis of past lives, in multiple realms for various crimes. The tortures are creative and include impalement, dismemberment, burning and boiling.

While we are warned of how the dead will be tortured for past crimes, we are also told that these can be minimised by giving a different kind of donation to the priest. Which gives this document a critical role in justifying the fees of the priest who conducted the funerals.

Such a description of hell is found in Buddhism and Jainism also and probably reveals the influence of Zoroastrian and Christian ideas that came to India via the Northwest nearly 1,800 years ago. In purely karmic metaphysics, there is no need for heaven or hell as good deeds of past lives shape future lives. However, this inclusion of heaven and hell is seen as a simple tool used by certain authorities to control the behaviour of the living to live an ethical life.

The interesting thing is that the descriptions are gory, akin to ideas from Dante’s Divine Comedy, composed in the 14th century, which also speaks of hell, purgatory and heaven. We find many similarities between the two scriptures with punishment being given to thieves, liars, cheats, adulterers and corrupt politicians. Special hells are reserved for each category.

But, there are also differences. In Dante’s work, based on Christian mythology, those who are not baptised and those who indulge in sorcery have special hells. These do not find much mention in Garuda Purana, which has special hells for people who torture animals, revealing the importance given to animal life. Something that is considered to be the massive influence of non-violent monastic orders, such as Buddhism and Jainism.

READ ALSO  The end of the Buddha’s clan