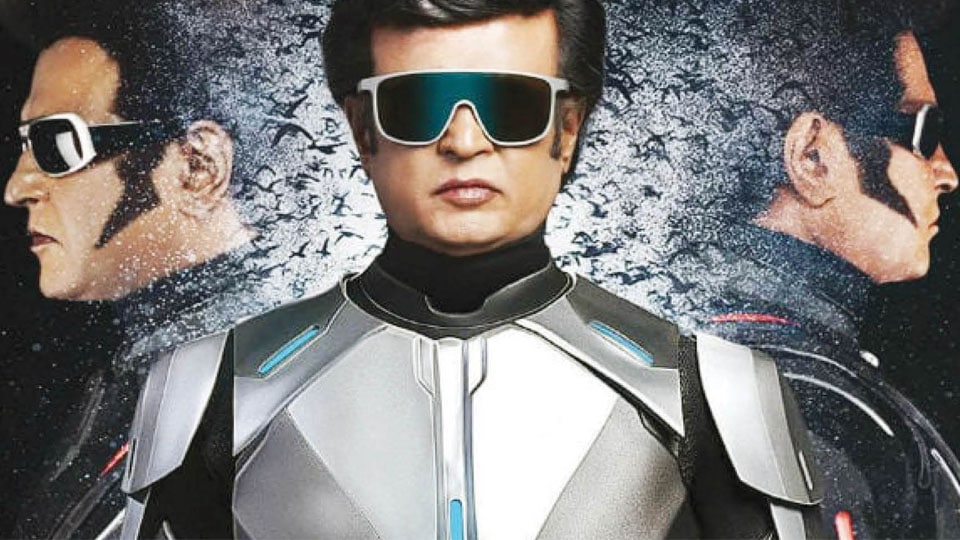 One look at the giant  strides we have made at digitalisation, it is scary. You buy an electronic product and in three months it is outdated! For someone who has seen six decades of life, I can safely say that I am an outdated model.

As I was browsing the Facebook, someone had posted a visual of 12 numbers and they wanted us to choose a number from that 12. In a minute the visual changed and the number I had chosen in my mind vanished !  It may look like Copperfield’s magic but it is not. The visual in the computer could read my eyes ! Time is not far off when the same computer will be able to read our minds and produce the picture or visual of our liking. We are heading there.

But if indeed the computer is able to read our minds, what is going to be the result of that ?  I am reminded of a small video film made on this subject:

A rich man was living happily in his mansion with his family. Once God appeared before him and told him that he would  grant him a boon since he also was a great devotee. The rich man asked God to give him a glass, wearing which he could read other people’s mind. The God smiled and told him to ask for some other wish and said that this boon will cause him misery. The rich man insisted and the God granted him his boon. Next day morning as he sat in his garden, his daughter- in-law came with his morning tea. Smiling she wished him  and poured his customary tea.

Meanwhile, this rich man put on his glasses to check what his daughter-in-law was thinking. He was in for a shock of his life. She was thinking “when is this old man going to die, at least it will relieve me of this early morning torture of serving tea to him.”

The rich man quietly removed the glasses, had his tea and went back to his room.  This experience shook him up. He realised that except his wife everyone was hoping that he would die early. He remembered the words of God who had warned him that this wish would  bring about misery to him. Just in a matter of ten days this man who was basking in happiness became a nervous wreck.

What is the moral of this film?  It is better that certain things remain a mystery. What a man thinks and what he tells are two different things and if both come out in open it can lead to a lot of confusion and problems.

Another example of this is  how no one is able to foretell  “the time of death.”  If one knows in advance that he or she would be dead on a certain date, they would be unhappy all those years they live, waiting for the ultimate death. That is the reason even astrologers do not tell this one aspect of life when they give their predictions.

On 19th of December I was invited for a book launch at Mysore Sports Club. I used to be a book worm but of late have become a phone addict spending time sending meaningless good morning and good night messages!  This book “Operation Maya” is written by one V. Girish, an entrepreneur, who runs an ethical hacking unit at Bengaluru. Courtesy, Shubha Urs the dynamic Chairperson of the Mysore Book Clubs, I was made to sit on the dais and a book was gifted to me too !

But what made the day special was the presentation by Girish on the strides made on digitalisation. “Bone chilling” is the right word to explain the mood in the hall after his presentation.

Girish talked about his personal experience since he was part of a project called “Singularity” funded by Google. This team is headed by a software wizard called Ray Kurzweil, an Israeli.  The purpose of this project, very simple: “Hack human brains.”

It is a well-known fact that even genius only use about 20 percent of the brain capacity. So if brain gets controlled by a machine, then it can programme and feed the brain and fill it with materials and information to make it a super-human. Each brain can be a mini Google!  For example, if a computer feeds a human brain with Vedas, he or she can be a Veda expert in a matter of minutes ! Recollect Rajinikanth’s film Robot?

If you recollect there have been many a films on this subject of  Man Vs Machine conflict. We may have laughed at it but there is a distinct possibility of this being a reality. Imagine, someone sitting in an office at US controlling 10,000 opinion-makers in India including our Prime Minister. Scary? Can one stop the progress of new innovations which benefit humankind? Of course not, but these experiments  may lead to uncontrollable situations. That is why tech giants like Steve Jobs and Bill Gates have expressed strong reservations to stop these experiments. Any solution?  Simple. Cultivate the habit of reading books and get de-addicted from smart phones.  Easily said than done. But at least we can start from youngsters and Girish suggested some sort of child-lock system to be incorporated in phones for the kids which ensures that they can only watch clean programmes and messages. Will the phone manufacturers agree ?