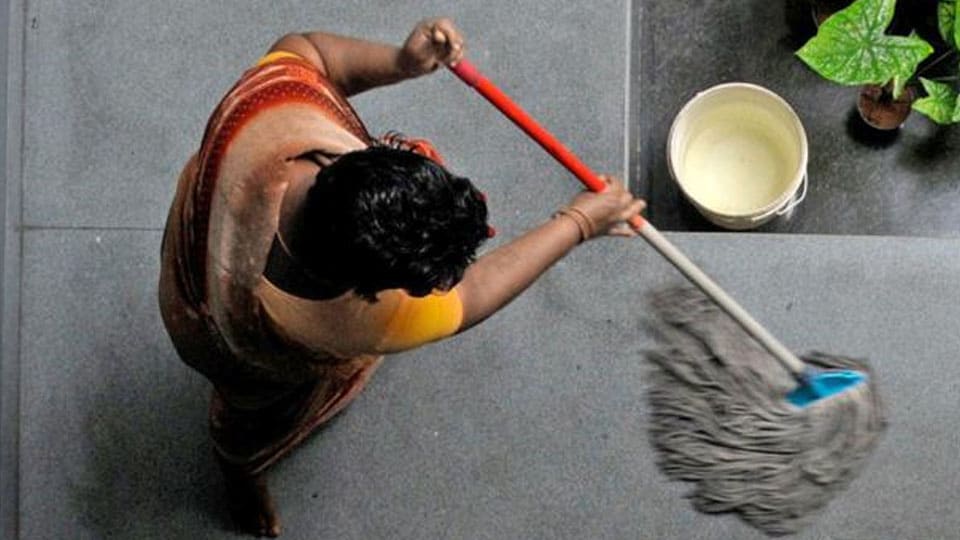 Two topics that figured in exchange of pleasantries among urbanites at large until not too long ago used to be vagaries of weather and volatile inflation in the land. Even as they seem to have realised that these topics have suffered a time-warp, the topics that are being bestowed exaggerated importance seem to be (a) Unedifying conduct of elected representatives of people, (b) Episodes of assaults on women by men in a wide range of profiles, as reported in the dailies and (c) Wars of words among the heavy-weights of many political parties levelling charges of corruption and counter-charges. However, the urban home-makers, tied down by their daily chores beginning at day-break, cannot miss the morning routine of veiled delight on noticing the arrival of the domestic help to take over the burden of tidying the premises, washing vessels and clothes, all jobs to be expedited in a jiffy. All the same, the service of the domestic workers, some call them maids, is not only most needed but also least paid in the land, being the smallest entity.

Considering for illustration that Bengaluru hosts nearly 30 lakh homes and Mysuru nearly two lakh homes, the headcount of domestic workers cannot be dismissed as small by any standards. Strangely enough, their presence in the territories of the residential parts of the city is hardly noticed. The fraternity continues to be unorganised and virtually voiceless, having been ignored even by the media.

In a contrast of sorts, while women, particularly those with degrees and diplomas in various subjects are making a big entry into fields that were the bastion of males, the territory of domestic workers has virtually remained a bastion of females. If one is desirous of knowing what it takes to be a domestic worker that passes the scrutiny of the home-maker, one has to hear from any home-maker who has to take over the works on days that the helping-hand plays truant. Domestic workers, being unlettered, take residence in slums of bigger cities, particularly if they are migrants from backward regions.

While many households and their respective domestic workers are in a happy relationship from all angles such as wages, working conditions and interactions, the fraternity of helping-hands continues to be helpless, being unorganised unlike the government staff and industrial labour force.

Editorial
‘Dance with Maths’ at Hari Vidyalaya
My brush with the Ten Commandments!