Home » Columns » My brush with the Ten Commandments! 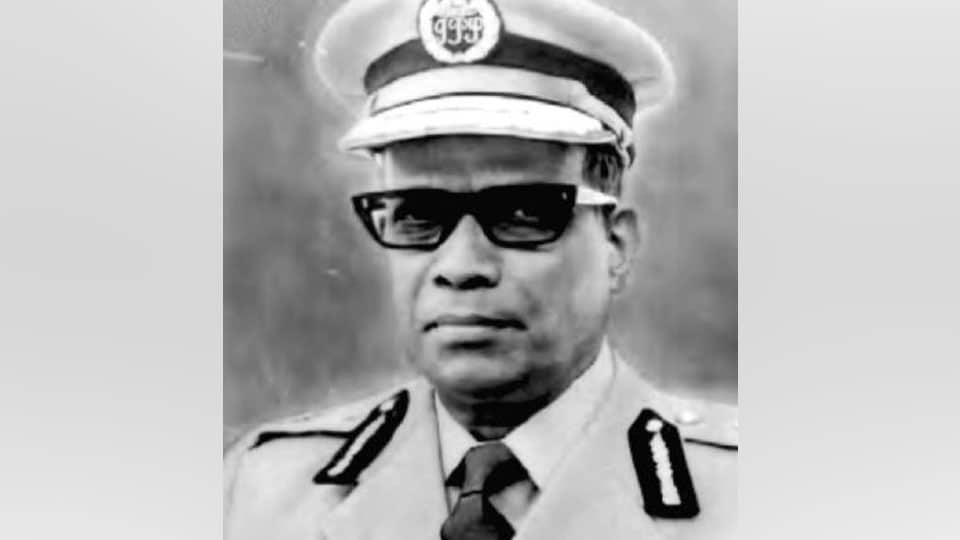 My brush with the Ten Commandments!

Picking up the thread of narration from what I had written last Friday about popularising the sport of competition shooting in our schools and colleges, I would like to take you on a trip back in time to an incident from my life that happened exactly fifty years ago in the year 1968. In fact, I count it as one of the most exciting things that have happened in my life! It has to do with the love which I had and still continue to have for rifle shooting, which is undoubtedly the only sport that I have loved or excelled in, all through my life.

As a schoolboy at the Good Shepherd Convent here in Mysuru, I used to stay at my maternal grandparents’ house while my parents used to stay at our coffee estate in Chikmagaluru, visiting me once in a while. It was a time when the blockbuster movie, ‘The Ten Commandments’ made in the year 1956 by the legendary film-maker Cecil B. DeMille, was running in the Gayathri Theatre on what was then the 100 feet road, which we now call the Chamaraja Double Road. It was acclaimed as the most expensive movie made until then and it had some of the most spectacular special effects which were not an easy accomplishment in the pre-computer era.

My parents had already seen the movie without me during one of its earlier runs and my mother had told me about the iconic scenes in it where the Prophet Moses turns the Nile into a river of blood and parts the Red Sea with his magical powers. So I had nursed a great eagerness over quite some time to see that film.

As luck would have it, my father was in the city on a one- day visit to see me and at my request he took me to watch the film. And, as bad luck would have it, that was the last day of the movie and by the time we reached the theatre all the tickets had been sold out for its six O’ clock show. I was aghast and noticing the look of anguish on my face, a tout approached us offering to get us tickets from the black market for a premium.

Just when I excitedly thought that all was not lost after all, my father dispelled my momentary elation by rudely shooing away the man and telling me that buying tickets from the black market was a crime and we should never ever do it. All my passionate pleading only resulted in passionate consoling from his side that since the movie was a very popular one, it would soon come back and we would be able to see it without any difficulty some other time.

My pleas that we should buy tickets in advance for the late night show too were ruled out as late nights were a strict taboo for little children then. It is only now that little children regularly go to sleep long after their parents have gone to bed! I started crying bitterly not just out of disappointment but more so with the hope that my tears might effect a change in my dad’s stand. But it was not to be. He started driving away from the place saying that he would show me his hostel and the room where he once used to stay as a student of the Maharaja’s College which lay a little further up the same road. But that evening I had no interest in seeing anything other than a bloodied Nile and a parted Red Sea!

As we neared the Maharaja’s College sports ground we saw a shamiyana and a small crowd at the NCC rifle firing range there. In those days there were two such firing ranges in the city which I knew of, with one in the Maharaja’s College ground and the other next to the St. Philomena’s College. My father said that rifle shooting practice was probably going on there and announced that if it was so we could watch it for some time. We got down from the car and discovered that a rifle shooting competition was going on for cadets from the Police Training College.

Suddenly my heart skipped a beat and my excitement knew no bounds as rifle shooting was my first love. Prophet Moses, his magical powers, the Nile and the Red Sea quickly faded into oblivion like mirages!

As we stood watching I completely forgot my sense of disappointment at not being able to see the movie and became completely engrossed in how the shooters were doing. Very soon I started getting the urge to show off my own shooting skills and I began pestering my father to approach the officer in charge and request him to allow me to shoot! This time he told me rather firmly that such a thing was just not possible as it was a session only for the Police cadets. That was when my tears, which I always used to keep handy for such occasions, started flowing once again and I started sobbing.

When I noticed that the senior officer at the event was looking at me, my sobs became noticeably louder until he summoned me to his side and asked me my name and why I was crying. When I told him that I wanted to shoot too he laughed loudly and said that I could certainly do it but only after I grew up and became a Police Officer ! He explained to me that only grown-ups could handle guns and they were not for little children. That was when I told him rather defiantly, that I had my own air rifle and I could shoot quite well too with it.

He seemed a little surprised and asked my father if what I was saying was true. My father then introduced himself as a coffee planter and a former professor of Psychology at the Maharaja’s College and explained to him that I had been introduced to air rifle shooting quite early and was indeed a fairly good shooter. The officer who seemed very surprised introduced himself as H. Veerabhadraiah, the DIG of Police and shook hands with my father and made him sit down next to him. He then asked one of his men to hand him a rifle and making me stand beside him asked me if I could identify its main parts. This I did flawlessly and even identified it as .22 calibre rifle similar to the one owned by my father!

READ ALSO  Staying away from Steroids!

From the look of astonishment on his face and from the bewildered looks on the faces of all the others present there I knew that I had hit the bull’s eye! He stared hard into my eyes for a long time which seemed like eternity to me and announced that he would let me fire just two shots to see if what I had told him about my shooting skills was indeed true. He told the officer in charge to load a rifle and hand it to me only after I had assumed the prone shooting position. And, he warned me that I would have to make sure that I carefully pointed the rifle only in a safe direction. I did my part of complying with his instructions and rather hastily let off the first shot which hit the bull dead centre despite my violently throbbing heart.

There were cheers of ‘not bad, not bad’ from my audience and when the second shot too went into the hole made by the first, there was much clapping from all around amid shouts of ‘fantastic’! I laid the rifle down and jumped up and looked at the DIG with a beaming smile. He had a bigger smile on his face and he immediately ‘ordered’ me to assume the firing position once again which I promptly did!

He asked me to fire another group of five shots to see if I could repeat my performance and I did not disappoint him. After I had finished he thumped my back hard and congratulated me and my father on my unusual ability as an accomplished shooter at such a young age! As all the others took turns to shake hands with me I felt like Prophet Moses, the man who had turned the Nile River red and parted the Red Sea!

[Author’s Note: H. Veerabhadraiah IPS served as the DIG Southern Range, from 24th, May, 1968 to 31st, October, 1968 and he served as the Inspector General of Police from 1st, February, 1979 to 30th, June, 1980.   After retirement he contested from the Krishnaraja Assembly segment in the year 1989 as a BJP candidate to be defeated by K.N. Somasundaram of the Congress. Incidentally, he was the first retired IPS officer to make a foray into politics in Karnataka]