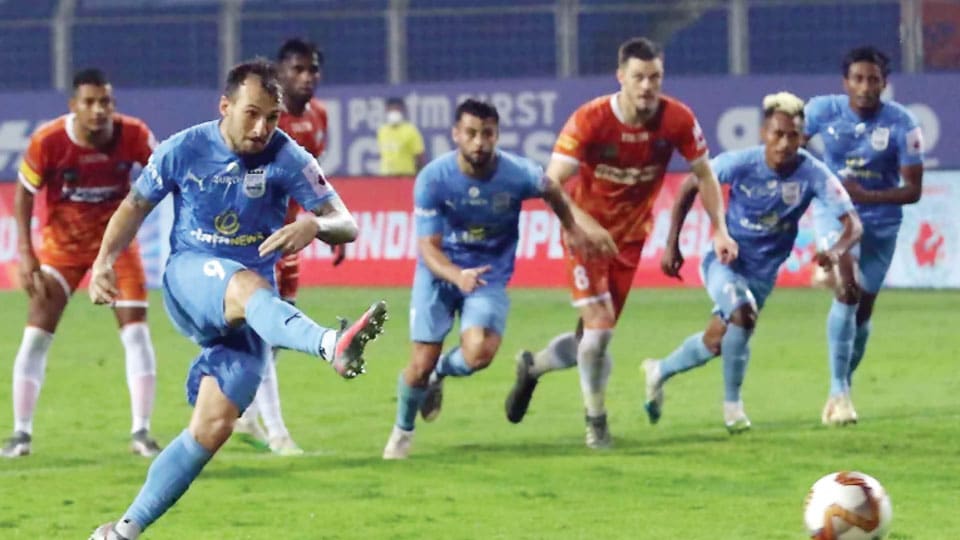 Mumbai City FC secured their first win of ISL 2020-21 after beating FC Goa 1-0 at the Fatorda Stadium on Wednesday. Goa began well but found themselves on the back foot after Redeem Tlang was sent off for a dangerous tackle towards the end of the first half. Mumbai pushed for a winner throughout the second period and had to wait till injury time for Adam le Fondre to score the winner from the penalty spot.

Goa continued to dominate possession as the half progressed but couldn’t create any openings. Islanders continued to attack relentlessly in search of a winner and were eventually rewarded in injury time with a penalty after a hand ball by Lenny Rodrigues in the penalty box. Le Fondre stepped up to the spot and made no mistake under pressure as he rifled the penalty into the bottom corner to help Mumbai win their first match.