Home » News » High Command will put an end to talks of change in guard: Minister Somanna 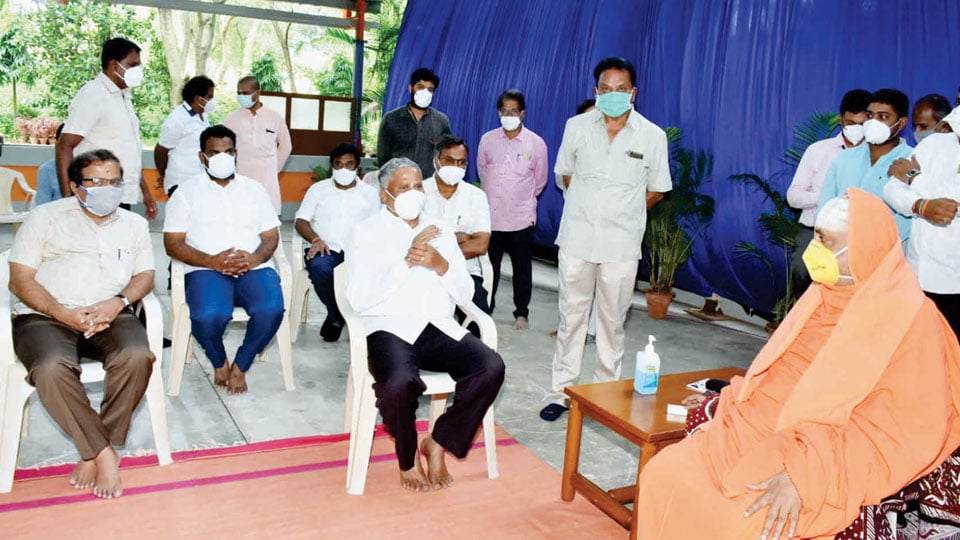 High Command will put an end to talks of change in guard: Minister Somanna

Mysore/Mysuru: Housing and Kodagu District in-Charge Minister V. Somanna said BJP High Command will put an end to demand from a section of Legislators for the change in guard in the State soon.

“Our national leaders are coming to Bengaluru in two or three days. They will put a full stop to talks of change in guard,” he told media persons, after visiting Suttur Mutt and taking the blessings of the Seer, Sri Shivarathri Deshikendra Swamiji, here this morning.

Taking a dig at those BJP Legislators who are seeking replacement for Chief Minister B.S. Yediyurappa with another leader, Somanna said those Legislators must understand that the party High Command was observing everything from Delhi. Each person has a kind of disease and likewise those MLAs too have the disease of seeking change in leadership.

“I don’t know why Tourism Minister C.P. Yogeeshwar went to Delhi. I am using my knowledge on the portfolio given by the CM. You (media) ask him (Yogeeshwar) about his visits to the national capital.”

On his visit to Kodagu, the Minister said, Covid situation was slowly improving in Kodagu district and the cases are expected to come down in the next four to five days. Upon his request, the State Government had extended lockdown in the Hilly district till June 21. Discussions are going on regarding monsoon preparedness and third wave of Covid pandemic.

Replying to a question, Somanna admitted that the first and the second wave of Corona had affected housing plans in the State. The Government had planned to build 10 lakh houses of which 2.7 lakh houses had been completed. The rest will be completed in the coming two years. Initially, they had planned to construct one lakh houses in Bengaluru but it has been revised to 70,000 houses.

The Union Government has released Rs. 270 crore towards various housing schemes. Not a single rupee given by Central Government has lapsed, he added.