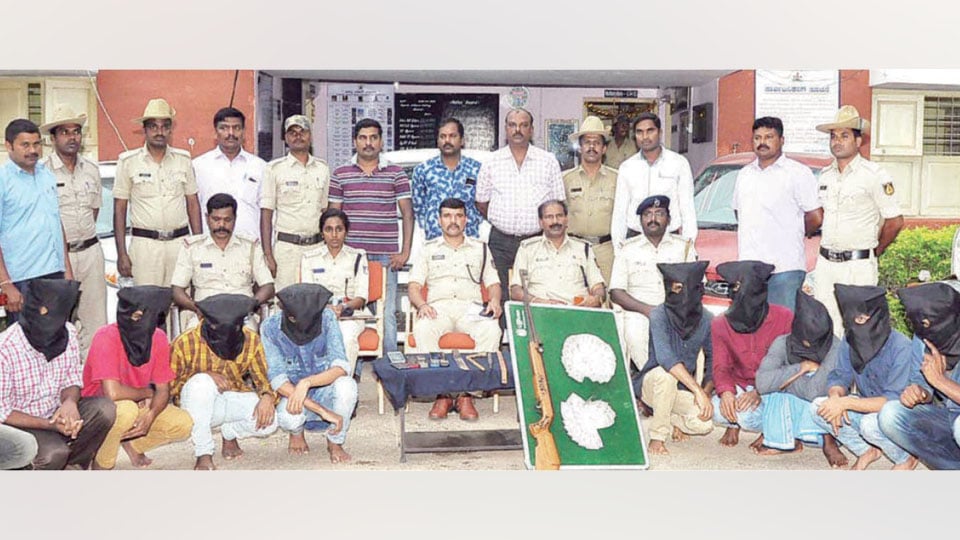 Nanjangud: The Nanjangud Town Police yesterday arrested ten persons who were involved in dacoity cases on Highways in the taluk.

The accused used to wait in their cars near Kalale Gate in the taluk and loot vegetable vendors and other rich persons after intercepting them on the highway.

The accused had even hired an informant to provide information on rich persons travelling in high-end cars and based  on the information, they targeted travellers and robbed them after assaulting them, he said.

Continuing, Ravi Channnannavar said that the accused were also involved in looting a lorry that was transporting vegetables near Mandya a month back. They had robbed Rs.6 lakh in cash by waylaying another vehicle near Deveerammanahalli near here on Sept.9 and looted Rs.3 lakh in another robbery, he said.

Investigation has revealed that there were 10 more persons involved in robbery and dacoity and the Police would arrest them soon, the SP added.